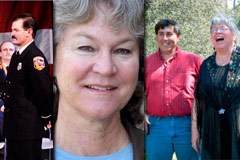 amazing post, thanks for sharing about the newsmakers... 5.11 Tactical