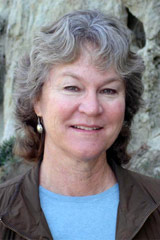 March 24, 2009 (Boulevard) — An appeal to the U.S. Department of the Interior over its Bureau of Land Management (BLM) approval of San Diego Gas & Electric’s Sunrise Powerlink transmission project was filed Monday by three local organizations in San Diego County. The appeal notice to the Interior Board of Land Appeals is the first step to a court appeal.

The appeal argues that the BLM failed to adequately conduct environmental reviews and therefore BLM’s decision to approve the project should be reviewed. The BLM’s Record of Decision on January 20, 2009 approved the controversial 150-mile transmission line that will bulldoze its way through communities and sensitive lands in Imperial and San Diego Counties.

Appellants Backcountry Against the Dump, Inc., a grassroots organization located in Boulevard, CA, The Protect Our Communities Foundation (POC) based in Santa Ysabel, and the East County Community Action Coalition (ECCAC), based in Lakeside, also requested a stay of action by the BLM on construction of the power line project until the appeal has been resolved. Stephan C. Volker of the Volker Law Offices of Oakland, CA filed the appeal and stay.

“We are asking the federal government to do what they should have done to begin with,” said backcountry activist and BAD principal Donna Tisdale of Boulevard, who is also named in the appeal notice. “The BLM violated so many laws in this rush to approve SDG&E’s project it makes your head spin,” she said. The appeal states that the National Environmental Policy Act, Federal Land Policy Management Act, Endangered Species Act, National Historic Preservation Act and the Administrative Procedures Act were all ignored by the BLM in their decision-making process on the giant transmission project.

“We are not going to stand by while corporate entities profit by destroying our communities and collective environment,” Tisdale said. “We will not be a rural sacrifice area to any and all bad projects that come down the pike just because investors want to cash in on a national energy policy that is headed in the wrong direction and hasn’t been thoroughly vetted. Everyone needs take a hard look at what extent of cumulative damage will be allowed, tolerated, or waived in the name of renewable energy that, in fact, destroys more than it delivers. There are better, cheaper ways to do generate renewable energy near the point of use.”

The power line, approved by the California Public Utilities Commission last December, against the advice of the Assigned Administrative Law Judge and the Commission’s environmental report, will cost California ratepayers at least $1.9 billion. SDG&E refused to agree to formally condition the line for renewables in the CPUC proceedings, Tisdale said, pointing out that the company actually stated that they would jettison the project if the state forced the issue.

She also pointed to the recent nomination of former SDG&E/Sempra Energy transmission lobbyist David Hayes to become No. 2 man at the Department of the Interior as a sign of the times, saying that the Interior Department needs to demonstrate it is willing and able to enforce federal environmental laws rather than waiving them for faux green projects. Sempra Energy is the parent company of SDG&E.