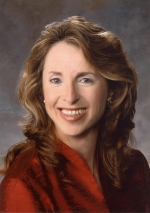 The unhappy reality that in less than two years we will be in a replay of last year's tax debates, but the country will also be in the middle of a presidential campaign! Tax rates on both pay and investment income will be set to spike one more time, and the estate tax will revert to a $1 million-per-individual exemption and a 55% top rate, unless Congress acts to make a more permanent change.

President Obama made a mistake in not passing new tax policy before the 2010 elections, as the Republicans would like to make upper-income tax cuts permanent. Let’s recall that the original tax cuts were made by President Bush when he first took office and the country was running a budget surplus. A lot has changed since then with a record $1.4 trillion deficit in 2010, expected to continue in 2011, forcing the US to borrow about 41 cents for every dollar it spends.

We are now living WELL beyond our means and continuing the tax cuts just doesn’t make sense. We deepen the burden and worsen the mess our children will be left with. This demonstrates the inability of our leaders to do what is necessary. The Simpsons-Bowles Deficit Commission did come up with recommendations to cut the deficit spending and is a good start, but will Congress act on it?

So here is an overview of what you face in 2011 and beyond. Remember that after 2012, many provisions are set to revert back to what they were before 2001, and a few even expire this year.

The new law carried over the 2010 tax rates through 2012, but brackets are a tad higher due to adjustments in inflation. These rates, including the “new” 10% bracket are set to expire at the end of 2012 Tax brackets had been scheduled to increase to those that were in effect prior to 2001, before the Bush tax cuts went into effect so consider this a reprieve for now.

Below are the 2011 Federal Income Tax Rates:

Capital gains taxes - Lower Capital Gains and Dividend Tax Rates Extended Through 2012 -The tax rate reductions for long-term capital gains (assets held over one year) remain in effect for 2011 and 2012. The rate is zero for taxpayers in the 15% bracket or under (up to the amount that when added to your regular income still puts you in the 15% bracket or below) and 15% cap gain taxes for those in the 25% bracket and above. These rates expire at the end of 2012. . I believe it's a foregone conclusion that investment tax rates will increase, it’s only a question of when. If you escaped a 2011 increase, it’s time to prepare for 2013.

Estate Tax – Please don’t get the idea that you should avoid doing estate planning because an estate tax won’t apply to you at the new levels, as there are many other reasons to get your estate documents in order. That being said, for individuals dying after 2010, the federal estate tax now applies with the first $5 million exempted (increased from $3.5m in 2009) and a 35% maximum rate (lowered from 45% in 2009). The current federal estate tax rules are scheduled to end after 2012. The federal estate tax was scheduled to revert to its pre-EGTRRA (Bush tax cut) levels ($1 million exclusion, 55% max rate) beginning January 1, 2011, after a zero estate tax in 2010.

The Act reinstated the estate tax and for decedents that die after December 31, 2009 but before January 1, 2013 at a maximum rate of 35 percent with a $5 million exclusion. The exclusion amount is adjusted for inflation for decedents that die in 2012. The Act also replaces the modified carryover basis rules with the stepped-up basis rules that were applicable until 2010.

The American Bar Association section that focuses on estate law estimates that less than one-half of 1 percent of people who die in 2011 will pay an estate tax. That’s a fraction of the 10.5 percent of estates that paid Uncle Sam in 1977.

Options for Claiming the Estate Tax for Death in 2010 - Due to the inaction of Congress to enact a new law during most of 2010 (while the death tax was zero, but limited step up in basis), the estates of people who died in 2010 will have two options for a tax bill. If they chose to treat the estate by the tax laws in place in 2010, they will have to calculate the capital gains on all assets in the estate to determine if the value is above a level the IRS is allowing. This “artificial step-up in basis” is $1.3 million to any heir and $3 million to a surviving spouse. The other option is to apply the 2011 law, which would exempt the first $5 million of the estate and impose a rate of 35 percent on anything above that. . The Act further grants additional time to file any return or make any payment. 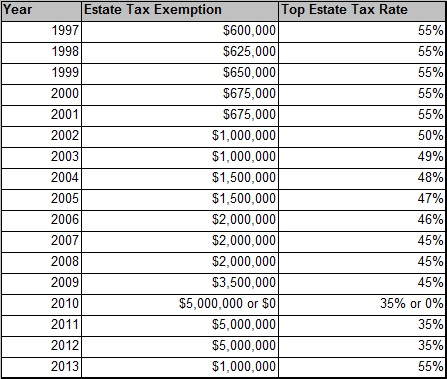 Portability - The estate tax exemption is made “portable” between spouses, meaning that the surviving spouse’s exemption is increased by any exemption amount not used by the first spouse to die. This provision applies to taxpayers dying after Dec. 31, 2010.

Gift Taxes - The annual exclusion for tax-free gifts remains $13,000 per donor. A donor is allowed to make an unlimited number of $13,000 gifts, as long as they are to different individuals. Gifts of tuition and payments for medical care also are exempt.

Roth IRA conversion - The income limit for conversions has been permanently removed, so this year all taxpayers may still convert ordinary IRAs into Roth IRAs. But taxpayers who convert to Roth IRAs in 2011 no longer have the option of deferring conversion income into later years, as was true for 2010 conversions. Those who converted in 2010 do have until next Oct. 17 to decide whether to use this deferral.

Foreign-account reporting - Those with foreign financial assets above $50,000 in 2011 will be affected by a little-noticed provision enacted last year imposing a new IRS reporting requirement that is different from the foreign asset report known as the FBAR. It will also apply to some, such as hedge-fund investors, who have been exempt from the FBAR filing. Details remain unclear, as the IRS hasn't yet issued regulations.

This is an overview and there are many additional tax updates, so make sure to consult with a tax professional.

I was just reading something on credit debt solutions when I found your article here. Don't know what to say about this new tax system, but I can tell you one thing for sure: people are burdened by too many taxes at the moment so if I want to run for the White House, taxes would be a mined field where I should walk slow and easy.
__________
roth ira | ira limits

This set of measures must be an idea according to the most innovative tax resolution that specialists have come up with lately. It takes a great deal of experience and strategic view in order to come up with such plan and be able to actually envision things working out in the financial sector by only relying on graphics and numbers.

Do the republicans not understand the ramification of their actions? or do they just ignore it?
I understand ignoring the future for the sake of the short term gain, but it will hit them harder if they make the cuts now.
My question is how do they sleep at night, knowing that their decisions are dooming their kids futures?