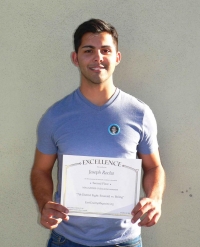 November 17, 2009 – In an exclsuvie interview with ECM yesterday, Joseph Rocha shared details of abuses he and other endured during Naval training as a dog handler in Bahrain. Defense documents reveal more than 93 counts of humiliating physical and sexual abuse against U.S. soldiers—gay and straight, men and women—by Senior Chief Petty Officer Michael Toussaint. Astoundingly, this shocking abuse of our own troops occurred after photos of prisoner abuse at Abu Ghrab sparked international outrage.  Yet to date, the military has not held Toussaint accountable. Now a legal group representing military members and a three-star admiral in Congress seek a new investigation which could end in a court martial and examination of failures higher up the command chain.

Rocha now leads a national effort to halt abuse of troops and overturn the military’s “don’t ask, don’t tell, don’t pursue, don’t harass” policy. He provides compelling evidence that the policy is used as a cover to abuse men and women in our armed forces—and silence witnesses from speaking out. He also seeks answers to why a woman who mentored Rocha and tried to stop the abuse was ignored, then committed suicide after enduring threats and intimidation.

November 17, 2009 (San Diego) – Joseph Rocha dreamed of graduating from the Naval Academy. At 18, he enlisted in the Navy and went to Bahrain, where he soon passed exams and completed training to serve in a specialized K-9 unit as a handler for bomb-sniffing dogs. Rocha, who is gay, found himself immersed in a two-year nightmare in which he had no recourse to speak out for fear of losing his career.

“I was force-fed dog food and tied to a chair in dog feces,” he told ECM. “I was forced to similulate gay sex, surrounded by military attack dogs.” (Read details of Rocha’s first-person account published October 11 in the Washington Post( http://www.washingtonpost.com/wp-dyn/content/article/2009/10/09/AR200910...).

Rocha was not alone. Many others suffered at the hands of Toussaint, according to the military’s own investigations. “He forced a straight woman to be hand-cuffed to a bed nude for the dog trainings,” Rocha told ECM. “There was solicitation of prostitutes using government funds and government vehicles.”

Those who tried to speak out faced punishment for their actions. There is an instance of a woman coming forward and reporting a sexual assault,” Rocha noted. “A rumor was started that she was a lesbian, just to shut her up.”

His mentor and best friend, Petty Officer 1st Class Jennifer Valdiva, a Sailor of the Year and second in command of the unit, tried to stop the abuse of soldiers but her pleas were ignored. Then the Navy announced plans to charge Valdiva for failing to stop the abuse. Learning of the charges, Valdiva committed suicide in her room in Bahrain.

“The day she killed herself, she was unjustly threatened,” Rocha told ECM. “She felt completely hopeless and knew there was absolutely nothing she could have done to stop this tyrant. She tried several times and was publicly ridiculed.” Rocha also faults the Navy for leaving her unsupervised over a long weekend after delivering news about the charges, which he stated violates Navy policy. A report on the abuses, issued the very day that Valdiva killed herself, failed to mention her death. “Her family to this day has been refused unredacted reports of her death,” Rocha said.

As a Petty officer 3rd class, Rocha was accepted into the U.S. Naval Academy prep school. But  he resigned so that he could speak out about the abuse publicly, knowing it would cost him his dream of going to the Naval Academy. Meanwhile, Toussaint was promoted.

As a result of Rocha speaking out and pushing for the new investigation, Toussaint was removed from active duty, forced to resign effective January 2010 and censored for his role in hazing sailors. A hearing on his pension is also slated.

But to Rocha and others, those actions amount to a mere slap on the wrist. Violation of a single count of the Uniform Military Code of Justice is grounds for a court martial. Toussaint is accused of violating 93 counts.

In October, Congressman Joe Sestak (D-PA), a three-star admiral, sent a letter to the Secretary of the Navy calling for a repeal of the Don’t Ask, Don’t Tell (DADT) policy which prevented Rocha from speaking out earlier. “Failing to treat everyone with the same level of dignity and allowing acts of assault or battery to go unaddressed, would be counter to not only our national values, but to the concept of brotherhood and sisterhood that I learned is so essential to—and such a key part of—the spirit of our armed forces,” he wrote.

Rocha, who interned last year with ECM, recently won a San Diego Press Club award for his political reporting in ECM on the April Boling-Marti Emerald City Council race. But while suffering abuse in Bahrain, his voice was initially silenced by fear of retribution. 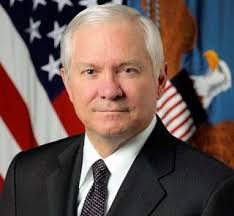 SLDN executive director Audrey Sarvis asks why Toussaint was given “what amounts to an administrative slap on the wrist, promoted, and allowed to retire? Something went haywire in this investigation and SLDN calls u8pon Sec. Gates to expeditiously find out what went wrong and why there were repeated failures of leadership up and down the chain of command.”

In a press statement released today, she adds,, “We need to send a clear message from the Department of Defense that our military has zero tolerance for this kind of hazing and harassment…We also need to get rid of the DADT law that forced Rocha and other service members into silence while the Uniform Code of Military Justice was so openly violated.” SLDN notes that Rocha was an “outstanding sailor with exemplary reviews” that made him a “model Master-At-Arms.”

Rocha believes Secretary Gates will take action. “If they do ignore it, it would almost be a sign of condoning these actions,” he told ECM.

Rocha is now speaking at law schools, the Veterans Administration, the American Psychological Association and elsewhere to press for repeal of DADT. He makes a compelling argument that there are financial reasons to repeal DADT. “It costs $363 million to uphold DADT,” he said. “We are in an economic crisis. We can’t afford to have 3,500 service members being kicked out when we are engaged in international conflicts. It’s a threat to national security,” he said, adding that a high percentage of those kicked out are highly trained military personnel including pilots and translators—people in whom the military has invested significant taxpayer dollars to train.

Moreover, he notes, there is “no evidence that DADT negatively impacts unit cohesion.” A fact sheet on Department of Defense-Commissioned Reports posted by the SLDN supports his argument (http://sldn.3cdn.net/e807e9d141ebfd7326_lpm6bxv7w.pdf ).

Back in 1957, a Navy study known as the Crittenden Report concluded that homosexual service members did not pose a greater security risk and that many more were likely serving in the armed forces than acknowledged. In 1988, the Defense Personnel Security Research and Education Center (PERSEREC) prepared a report confirmed the Crittenden findings and found no data to support a ban on gays in the military.

Following criticism of the report by the Pentagon, PERSEREC issued a second report in 1999 further challenging the rationale that homosexuals were unsuited for service in the military and moreover, found that decriminalization of homosexual conduct in civilian society had decreased the potential for blackmail. In 1993, a study by RAND’s National Defense Research Institute called for an end to discrimination in the military based on sexual orientation and instead suggested a code of conduct to prohibit inappropriate actions.

Last week, arguments to eliminate DADT gained new fuel when the American Medical Association called for the policy to be overturned, based on the medical and stress-related consequences of forcing soldiers to keep their sexual orientation secret. (http://www.google.com/hostednews/ap/article/ALeqM5gTm5n50-yzS_lRjXLDkMiE... )

Rocha believes that language to repeal DADT will be added to the Defense Apppropriations Bill, which is how the measure was initially enacted. He is also hopeful that intervention by Congressman Sestak and SDLN will ultimately result in his tormenter being held accountable. “Prior to the Congressman’s help, I really didn’t expect any justice,” he admitted.

Meanwhile he continues his tireless efforts to draw attention to equal rights issues for military members as well as civilians. He has interned with Congresswoman Susan Davis (D-San Diego) and also interned for a Councilman who now occupies slain activist Harvey Milk’s seat in San Francisco. Most recently, he participated in a Veterans’ Day event to welcome home returning gay veterans.

Rocha, whose work on behalf of the repeal is unpaid, added, “I just wish people would understand that there is nothing in this for me. I’ve taken it on while taking 15 units at USD," added Rocha, who is majoring in political science. "I’ve had a great level of personal threats.” Asked if those included physical threats to his safety, he replied, “Yes.”

He cites polls indicating that nationally, 75% of the American public supports repeal of DADT. “I think that we will see a repeal based on national support, not just an ideology in Congress,” he concluded.

Asked why he chose to risk his safety and give up his dream of graduating from the Military Academy  to become a national spokesman giving voice to the abuses that he and others have endured, Rocha reflected “What I had to learn was how much do I really believe in something?” Sixteen years after passage of DADT, Rocha calls the need for repeal “imperative, because it impacts gays and non-gays in the military, and our country, detrimentally.”

Rocha's patriotism is clear. Despite his mistreatment, he ultimately hopes to return to serve his country once the policy barring gays from serving openly in the military is changed.  In an e-mail sent to ECM today, he affirmed,  "I will continue my military career after the appeal."

Greetings! I've been reading your blog for some time now and finally got the courage to go ahead and give you a shout out from Humble Texas! Just wanted to say keep up the good work! nursing school

Very interesting that this took place during training as a naval dog handler, because to stop abuse we have to go to the very roots. The abuse heaped on the K9's, both in the military and paramilitary is horrific, sometimes resulting in their deaths during "training," and often resulting in an early death from injuries which accumulate over months and years of abuse, including hanging to unconsciousness, kicking in the stomach and gonads, electric shock, etc. This nasty secret has been kept secret for a long time because, apparently it is more important for the "brotherhood" to stick together than to do what is right. Go to www.stoplynching.com

have abused dogs in the ways described at the website you provided.  Do you know if this is occurring in any of our local law enforcement agencies here in San Diego or East County, or how we might find out?

It is still the rule rather than the exception. Obtaining evidence is very tricky - it would have to involve undercover work, and if they have a clue they are being investigated they become extremely careful about not getting caught. If they have read this, my guess is that they are already taking steps to be very secretive.

Great post i loved it. This post contains all the information which i need it. Keep it up.