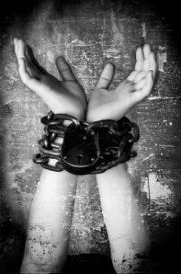 April 2, 2012 (San Diego) – San Diego has become a hotbed of human trafficking and it includes more than undocumented immigrants. Law enforcement have identified San Diego as an international gateway for sex trafficking and one of the 13 cities in the nation with the highest incidence of child prostitution, including local teens. Forced marriages and modern slavery are also critical issues. Worldwide, trafficking is an estimated $40 billion industry affecting every country.

A coalition of activists is mobilizing to participate in a Day of Action against Human Trafficking in support of 2012’s Sexual Assault Awareness Month (SAAM) to demand the abolishment of human trafficking.  The event will take place April 7 from 12:00 p.m. to 4:00 p.m. at El Cajon Blvd. and 30th Street, San Diego.

The Radical Feminists of San Diego have gathered together a coalition of organizations and speakers for the event including AF3IRM, Estela de Los Rios of the Center for Social Advocacy, Dilkhwaz Ahmed, M.S. of License to Freedom, Enrique Morones, the founder of Border Angels and many more.

The event will start at noon on the southeast corner of 30th and El Cajon Blvd. and march east ending at the south-side bus stop at the intersection of El Cajon Blvd. and Interstate 15 on-ramp.  There the human rights advocates will speak about their own fight against human trafficking.

Speakers and topics include:

Law enforcement have identified San Diego as cheap in the heights tickets an worldwide gateway for sex trafficking and one of the 13 cities in the country with the cheap houston ballet tickets highest incidence of child prostitution, as well as local youth.

Amnesty International North County 471, San Diego Friends of Tibet and Generate Hope with the additional support of Action Network and California Against Slavery present
North County Human Rights Film Festival https://www.facebook.com/events/124476411016683/
Sunday, April 29, 2 to 7 pm
UltraStar Cinemas – Mission Marketplace in Oceanside – 76 & College
These organizations are dedicated to defend human rights both domestically and internationally through education and organized, simple actions that yield powerful results. Through these films you'll be engaged in learning and caring about the people and the life-altering issues behind the stories documented.
‎2pm: 'Little Tibet, One man's journey into Ladakh, in search of his culture' - 90'
4pm: 'Indoctrinated' - 30'
5pm: 'Darfur Now, six stories, one hope' - 98'
Suggested donation, which includes all 3 movies: $ 20 - $ 15 students & military
Each film will be briefly introduced by the sponsor organization; more information about special guest speakers will follow
Festival passes are available in advance from any of the hosting organizations - online donation link will be available soon - check back often!
Please consider attending and supporting these great causes and help us spread the word
Thank you!
Alessandra
FB: North County Human Rights Film Festival
FB: Amnesty Int’l 471
www.Amnesty471.org