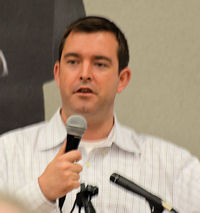 Could the editor of this magazine please translate this article into English? Obviosly english is not this writers first language, and I can appreciate the need for outsourcing, but for those of us who are interested in San Diego politics, it might be nice if the reporting was intelligible.