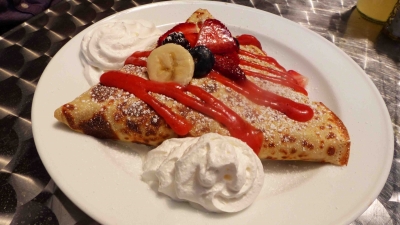 This location has not only their signature “crepes for lovers,” but also a full menu of country French cuisine for breakfast, lunch and now, dinner.  So far, the Jamul location has earned a five-star review on Yelp, and it’s not hard to see—and taste—why. 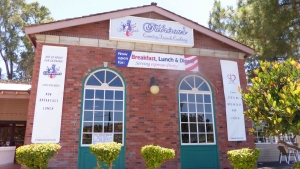 The new eatery is located in a brick building with French-paned windows, an outdoor patio, a bakery area with bistro tables, and a full-service restaurant plus an area that can be used for private parties or expanded restaurant seating—complete with long tables for large groups. Designer Donna Hendrix of Jamul  helped enhance the décor. From copper pots on walls to warm wooden tables,  colorful artwork and an Eiffel Tower painted on the bistro walls, the place exudes country French comfort and style. 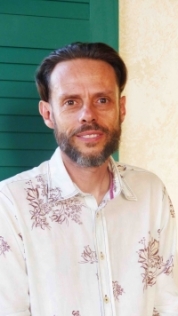 Fabrice is from the South of  France and Alison has a cooking background. The couple met in San Diego and opened up their first two creperies. (The Coronado location is temporarily closed for remodeling.) Fabrice  came to the U.S. 26 years ago and first settled in Mission Valley, starting up the first restaurants eight years ago.

He took up archery, along with his 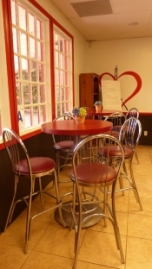 young son.  “We shot arrows in the

hallway into a mattress,” he said, a  boyish gleam in his eye as he told us of an arrow that went astray.  So the family went in search of a rural home and found their version of heaven in Deerhorn Valley here in Jamul.

Seeking to open a French restaurant in their own community, the couple found the ideal location in this brick building that formerly housed Filippi’s Italian restaurant (which moved down the street after the landlord raised the rent.)  The site, just around the bend from the new Hollywood Jamul Casino on Campo Road (State Route 94), also had a couple of other short-lived restaurants before Fabrison’s moved into the space, which looks as though it was made to house a French country bistro.

“We don’t cheat with ingredients,” Fabrice says.  “Our cooking is home-style, like what my wife serves at home.” They started in January as a breakfast café “because I love breakfast,” says Fabrice, but have since expanded to serve up three meals daily. 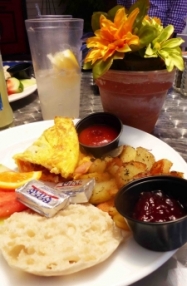 Our “eaters” team first stopped by for lunch. The mid-day menu featured a variety of omelets, quiche, a fromage (cheese) plate, salads, pastries, 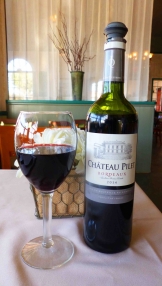 We started with an omelet chock-full of savory sausages, ham and bacon and cheese, with  house potatoes seasoned with rosemary.  Of course, we couldn’t resist topping off our visit with a luscious fruit crepe filled with ripe blackberries, strawberries, blueberries and bananas topped with whipped cream. The crepe was perfect—a delicious treat  savored on the patio beside a white picket fence.  The food was not only delicious but also affordable; the omelet was $12 and the crepe $11.50, both ample enough to share.

I enjoyed the place so much I stopped back again later that day, en route to an evening meeting in Jamul.  I indulged in a glass of French Bordeaux wine that was a perfect complement to  a bowl of French onion soup prepared in a rich beef broth served up with French bread rounds toasted (not croutons).

My fellow reporter and I also shared some olive tapenade and the house specialty, a lemon and sugar crepe complete with caramel sauce that was feather-light, tart and sweet all at the same time. Ooh la la!

My family and I stopped by to indulge in dinner. I savored a classic beef bourguignon crepe that was wonderful.  Alison says Cornish 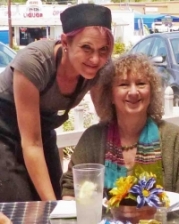 game hens and Friday night prime rib will be 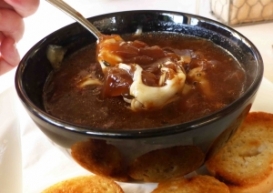 They can hold up to 100 people for special events such as wedding receptions, rehearsal dinners, birthday parties or business groups.

Visit Fabrison’s website (with info on all three locations) at http://fabrisons.com/.

If you would like to join our “East County Eaters” dining club launch at Fabrison’s, contact editor@eastcountymagazine.org.  Bon appétit! 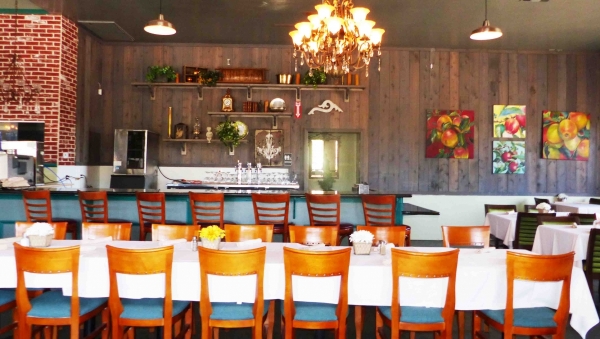 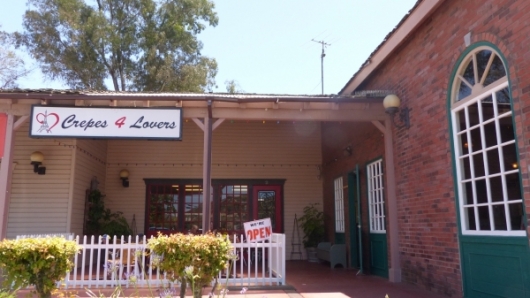 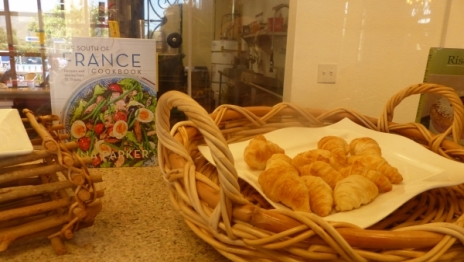 Nowadays, there are many venues like The Addison, Green Valley, Fabrison’s French Creperie and other best site who has an ideal venue for hosting corporate events, including meetings, weddings, conferences, client dinners or luncheons. Whether it is business or entertainment, these venues can make your dining experience exceptional.