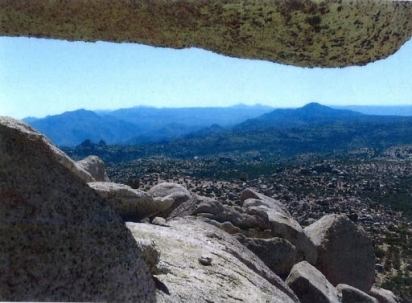 September 26, 2019 (Boulevard, Calif.) – The U.S. Ninth Circuit Court of Appeals has upheld a lower court decision that the federal government did not violate laws protecting eagles in granting approval of the Tule Wind project.

The lawsuit was filed by the Protect Our Communities Foundation, Backcountry Against Dumps, and Donna Tisdale against the U.S. Department of Interior, the Bureau of Land Management, and leaders of both agencies. The project spans federal, tribal, private, state and county lands.

Their lawsuit filed in March 2013 challenged the Bureau of Land Management’s decision to grant a right-of-way on federal lands in southeast San Diego County, permitting Tule Wind to construct and operate a wind energy project.

After a lower court ruled in favor of the federal government, Protect Our Communities Foundation filed an appeal in 2014, along with David Hogan and Nica Knite.

The appellate panel held that the BLM was not liable under the National Environmental Policy Act, the Migratory Bird Treaty Act, the Bald and Golden Eagle Protection Act, or the Administrative Procedure Act for its regulatory decision granting that right-of-way.

In a March 2013 press release, Tisdale stated that Freedom of Information Act documents disclosed that “the BLM originally planned to select the NO PROJECT ALTERNATIVE based on impacts to Golden Eagles. BLM apparently caved under intense political pressure from Iberdrola Renewables, a well-connected subsidiary of the Spanish utility. Iberdrola has received over $1.5 billion in US stimulus funds and is also a key player in the gutting of federal protections for Golden Eagles to allow ‘take’ permits for industrial wind projects." 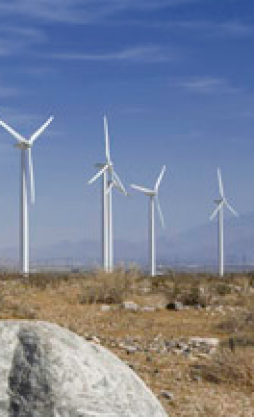 Besides the procedural issues raised in the lawsuit, there were also serious questions raised about validity of a study on eagles at the sight commissioned by Iberdrola.  As ECM reported in April 2013, one month after the lawsuit was filed, the expert who conducted studies on Golden Eagles for Iberdrola’s Tule Wind project, David Bittner, pled guilty to federal charges of unlawful taking of a Golden Eagle without a permit and failing to file any data reports for a four-year period on birds that he had banded.

When Bittner was sentenced, as ECM reported, his sentencing memorandum reveals that Bittner had a long history of noncompliance with state and federal laws protecting birds of prey—including one nine- month period when witnesses contend that 90% of eagles fitted with transmitters by Bittner died.   In 1979, the state of Ohio and the federal government revoked his bird banding permit , yet he continued banding wild raptors after his permit was revoked. A long string of other serious violations were detailed by prosecutors. He was also found to illegally have four freezers full of dead birds including 26 migratory birds, of which 11 were golden eagles, some dating back years.

Despite this, his report paid for by Iberdrola, was allowed to stand and no new report was ever required by any other eagle expert. Portions of the project have now been built in McCain Valley’s rugged terrain in San Diego’s East County, gateway to multiple federal wilderness projects.

“Can those agencies rely on Bittner’s Golden Eagle work for Tule wind that was apparently unpermitted and unlawful?” Tisdale, chair of Boulevard Planning Group and a founder of  Protect Our Communities Foundation and Backcountry Against Dumps, asked at the time.“What other breaches of law or professional ethics might be involved?”

Asked for reaction followed the appellate court’s denial of its appeal, Protect Our Communities Foundation staff counsel Jamie Pang replied, ”We are not currently planning to appeal the case. POC spent many years fighting the Tule project, and unfortunately, despite the Fish and Wildlife Service affirming that harm would come to the Golden Eagles, the 9th circuit did not agree with us as to the protection of these magnificent birds.”

He adds,”It is deeply troubling that if and when the project proceeds, these animals will more than likely be harmed or killed.  We truly hope that all the parties involved in the construction and operation of Tule II will undergo the formal BGEPA consulting and permitting process, and minimize the harm caused to these animals.”

Tisdale commented, “It is all so discouraging and disgusting!”

I hope that all the parties will try to minimize the harm caused to these animals. lenny face

David Bittner plead guilty.   He was convicted of violating the law.  The U.S. Ninth Circuit Court of Appeals ruled the federal government did not violate the laws protecting Golden Eagles.  However, they used a study written by a man who plead guilty to violating the law.  Don't let the facts get in the way of the Truth.   Who is REALLY in favor of protecting Golden Eagles?

My husband and I don't visit McCain Valley any more.

What a tragic loss for the creatures that live there and the nearby residents and visitors to the area around McCain Valley. I have spent many days and nights there with my sons and friends.

ECM has covered this issue for years. Are there any other means os stopping this project?

Protect our Communities says they are not considering an appeal at this time. Unless they change their mind,  I believe this was the last or only pending legal matter.  Portions of the project have already been built.  Possibly future phases could be challenged if it is found that there are serious problems caused that could be documented, such as actually killing a lot of eagles, but the reality is these projects seem all but impossible to stop in their entirety and the federal approval process has been, essentiallly, rigged against citizens and those concerned about wildlife. We saw this play out with the Ocotillo wind farm which was not stopped even with evidence of blatant fraud to secure federal subsidies and build a project that lacked the amount of wind needed even to be effective.