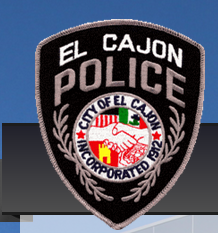 According to Lt. Soulard, “Believing the suspect was armed, one of the officers on scene fired two rounds, striking the suspect at least one time in the torso. The suspect continued to disobey the officer’s commands by refusing to show his hands. He told the officers, `Kill me please.’”

The suspect ultimately showed his hands, was removed from the vehicle, and was immediately given first aid until medics arrived, police report. Medics quickly responded and the suspect was immediately transported and is being treated at a local hospital.

No firearms were located in the suspect’s possession or in the stolen car.

No one else was injured during this incident and there are no outstanding suspects in this case. The suspect has been taken into custody for auto theft, a felony, and will be booked into jail once released from the hospital.

This is an on-going investigation in its early stages.

ECM has requested the names and races of the officer and suspect, as well as any body cam footage of the incident.

An ECPD fatal shooting of a Alfred Olango, an unarmed mentally disturbed black man who pointed a vaping device resembling a gun at an officer in 2016 resulted in a week or more of civil unrest and protests.

Calif state SB 230, requires police departments to maintain a use-of-force policy by next year. The policy must also require that officers "utilize de-escalation techniques, crisis intervention tactics, and other alternatives to force when feasible." SDPD has already started 10 hours of such training...
in its early stages. ECM has requested the names and races of the officer and suspect, as well as any body cam footage of the incident. ECPD officers have been equipped with cameras for some time. .So how it "sounds" at this point (with the oft-mentioned "reaching into the waistband") is premature.
"EL CAJON POLICE SHOOT UNARMED MAN" How about for once giving our law enforcement officers the benefit of the doubt, rather than the criminals! Our law enforcement officers have a tough, dangerous job to do, your headline is absolutely disrespectful and I am embarrassed for you.

The other half made clear the suspect was in a stolen car and goaded officers to kill him, according to police.

Officers indicate they believed he was reaching for a gun. If all of that is true, the shooting would likely be found justified.

Because ECPD has previously had an officer involved shooting that erupted into civil unrest and protests, we asked for body cam video to see if it woudl confirm (or refute) what the officers reported. That's called fact-checking.

Race may or may not be relevant, depending on what the body cam video may show.  But if we were able to say up front that this was, say, a white suspect and white officer, then reporting such could actually defuse any racial tensions. These are legitimate questions.

I love it when people who don't know what they are talking about make stupid comments. The guy is involved in an inherently dangerous felony. He indicated he was possibly armed . He refused to obey commands.. Coordination by whoever is in charge?. THAT OFFICER confronting the criminal IS IN CHARGE. Ya don't ask the car thief to please wait a few minutes, have a cigarette, while the officer tries to get hold of a supervisor . The officer is trained and legally justified to handle the situation.. That Cop has a right to go home to his family at the end of the shift. Follow directions. Don't threaten to shoot anyone and you will not get shot. The shooting WAS totally justified. And 8East is correct Why is ECM asking for the race.It has nothing to do with it. Making cops second guess critical decisions gets Cops killed.. I was a cop and I would have done the same thing! Better to be tried by 12 idiots than carried by 6.
What does race have to do with it? If the details given above are correct, we already know everything necessary to justify this shooting. The man was a car thief, refused to comply with the officer's commands, indicated he had a gun, and made motions to retrieve it by reaching into his waistband! Why does our Liberal media always want to take the side of the criminals, and make every effort to persecute our law enforcement officers? You think these officers should have to wait until they're shot at before being allowed to return fire? Always trying to make everything a race issue, its disgusting. Pretty simple in my book, you play stupid games, you win stupid prizes.
by police, is an American institution. . .google it and see. The Washington Post had a feature article on it. . . In this case a police officer " fired two rounds, striking the suspect at least one time in the torso."
No stun gun, bean bags, or any attempt to use non-fatal means to subdue this suspect...??? The article suggests that any officer can open fire without coordination by whoever is in charge..???