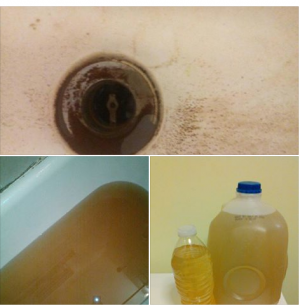 As early as July, reports of high lead levels in the water came in but were covered up by the Governor’s office.  Later, a  pediatrician blew the whistle on alarming numbers of children suffering lead poisoning and a Virginia Tech engineering professor obtained records proving state officials  hid evidence of high lead levels in kids’ blood. Not until October did the Governor finally announce that people should not drink the water.

President Obama has issued a federal disaster declaration to help bring clean water to Flint residents, but the damage is severe.  Since lead poisoning causes irreversible harm including lowered IQ and learning disabilities in children, a generation of children in the mostly African-American community are expected to suffer lifetime harm as a result of the state’s failure to provide them with clean, safe drinking water.

The crisis has sparked outrage. Flint residents have filed a lawsuit targeting the Governor and members of his administration.  Democratic president candidate Hillary 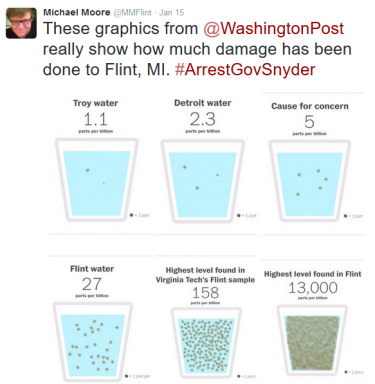 Clinton has said the crisis should “outrage every American.” Senator Bernie Sanders, also a Democratic president candidate, called on Michigan's Governor to resign. (Republican candidates have remained silent on the issue.)

Activist filmmaker Michael Moore started a petition calling for Snyder’s arrest, stating that Michigan “effectively poisoned, not just some, but apparently ALL of the children in my hometown.” He noted that if terrorists had poisoned water in an American city, they would be arrested and charged.

The Washington Post published a chart showing that some water levels in Flint were found to have lead levels 13,000 times higher than normal. Celebrities such as Cher, charitable groups and a Native American tribe have joined efforts to donate water bottles to the people of Flint, but no long term solution has yet been found. Lead pipes in homes, schools and businesses may be so corroded by lead that simply changing water sources may not be enough to protect residents' health.

California Senator Barbara Boxer sent an email to constituents this week voicing shock on two more attacks on clean water by Republicans in Congress after the Flint scandal--both by members of the Enviornmental Public Works Committee. One measure would exempt lead and other contaminants in fishing tackle from regulation under the Toxic Substances Control Act. The second would take away the right of the EPA to issue permits when pesticides are sprayed over a body of water.

"Taken together, these provisions aremuch more thanjust a poke in the eye to people, but are defiant acts toward American families who expect their country to protect them form poisons like pesticides that can harm the nervous system, impact the devleopment of children and even cause cancer, 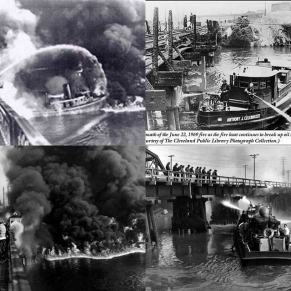 and lead that can cause irreversible brain damage."  She called the measures "poison pills" and pledged to continue fighting to defeat the measures.

“It’s just not an issue we’ve been quite frankly fully briefed or apprised of in terms of the role the governor has played and that state has played in Michigan on these sorts of issues,” said SenatorMarco Rubio, adding that he believes“the federal government’s role in some of these things [is] largely limited unless it involves a federal jurisdictional issue.”

Donald Trump ducked the issue. He called the crisis in Flint "a shame" but told the Wall Street Journal, "I don't want to comment on that."

Ben Carson, a neurosurgeon as well as Republican presidential candidate, noted, "Unfortunately, the leaders of Flint have failed to place the well-being of their residents as a top priority,” Huffington Post reported. But Carson declined to place blame on the state's Governor and said the EPA was partially at fault, claiming the agency also knew of the corrsion in the pipes.

As for SJR 22, the measure that President Obama vetoed to "protect these resources and safeguard public health,"  Mother Jones magazine wrote of an earlier version of the bill that handing off regulation of waterways to states amounted to “an effort to return us to the days of the Cuyahoga River fire (photo, left, Cleveland Public Library collection) and Love Canal.”

Mother Jones' story concludes,“There was a reason that a federal clean water protection plan was signed into law in 1972: states weren’t doing a particularly good job of keeping their rivers from catching fire as it was.”

The second would take away the right of the EPA to issue permits when pesticides are sprayed over a body of water. geometry dash
Duncan Hunter and Darrell Issa are both buffoons! Why do the people keep electing these two? They are the laughing stock of DC!! Vote Republican or vote Democrat, but vote for anyone else other than these two idiots!
I'll bet Hunter and Issa would like to have a "do over" on their vote now, eh? I wonder if either congressman or their staff were aware of the Flint problem before the vote? I hope an interested newsman will make inquiries and report back as a followup to the story.

That very same day the headline in the Washington Post (DC's main newspaper was that the National Guard had been called into hand out clean water in Flint Mich: https://www.washingtonpost.com/national/national-guard-called-in-to-hand...

A day before, there was a story on the need for a long-term solution for Flint: https://www.washingtonpost.com/video/national/long-term-solution-sought-...

This was national news by then. Other members of Congress issued press statements slamming colleagues for voting for this measure, referencing Flint in their remarks. I find it unfathomable that any Congressional member would not have known about it.

Moreover Congress actually tried to override the President's veto of the bill (the override failed) - and that was AFTER the President made an emergency declaration regarding Flint.

When they make votes like this... How or why would they even think this was a good idea??
They are both idiots!

I wish you had included a link to Michael Moore's petition. I found it and signed it but it took a little bit of searching. Here is the link if others wish to sign the petition. http://michaelmoore.com/ArrestGovSnyder