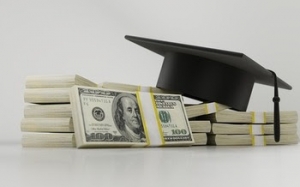 The study "Follow the Money" says California systematically underinvests in Black degree attainment, spending almost twice as much per student in the Cal State University or University of California systems than it does in community colleges - where 80% of Black students are enrolled.

Edward Bush is cofounder and vice president of the group "A2MEND," which stands for "African American Male Education Network and Development." He said the disparities are not accidental.

"It's structural inequity," said Bush. "We have to look at this through the lens that perhaps this is a manifestation of racist policies."

The report suggests more money for community colleges - and an expansion of Cal Grants to low-income community-college students, who are more likely than those at the University of California or California State University to be working at low-wage jobs and supporting a family.

Both studies are from the Campaign for College Opportunity. The second, called "The State of Higher Education for Black Californians," says while the four-year graduation rate for Black students at CSU has doubled in the past decade, it's still only 20%.

It also finds 60% of Black high-school graduates aren't prepared to meet the entrance requirements for UC or CSU. Bush says students of color often have a harder time getting into a four-year school.

"So, it simply cannot be couched in a conversation about class," said Bush. "Because we know that poor white students have a greater likelihood of attending the University of California or California State University System than lower-income African-American or Latino students."

The "State of Higher Education" report suggests making the classes needed to get into CSU and UC the default curriculum for all high-school students in California.

Support for this reporting was provided by Lumina Foundation.