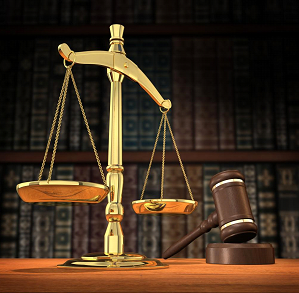 These individuals regularly come in contact with people who have been in prison or county jail, congregate facilities with a high risk of COVID-19.  The County has included them under the “emergency services” category along with police, firefighters, animal control workers and security guards at public facilities.

The County Department of Public Health has notified the District Attorney, Superior Court and Public Defender’s offices that their workers can get the vaccine effective immediately. Federal court workers are also included in the order.

Also included are “government personnel and contracted vendors working in judicial or administrative facilities involved in the administration of justice.”

Attorneys practicing civil law, and criminal defense attorneys who do not represent indigent clients in federal court, are apparently not covered by the order.

The pandemic has halted most jury trials, led to court closures and scaled-back services after reopening, in turn causing a long backlog of cases, problems that could be partially alleviated once judges, lawyers and other justice system workers are fully vaccinated.

They don't earn much money and are generally motivated by a selfless desire to help the less fortunate. Or theyare working as public defenders to get forgiveness of student loans.

I have a relative in this field.  When he first started out, many of those he represented were homeless people arrested because they had nowhere else to go, for "crimes" like peeing in a public park at night, when restrooms weren't open, for instance.

Public defenders meet with clients who are in jail on a regular basis and are at very high risk of getting COVID.  So is everyone working in a courthouse, at least on criminal matters, where people are coming straight from jail to the courthouse. Everyone is breathing the same air indoors; the barriers are minimal and nowhere near adequate to prevent the spread of COVID to the court workers and by extension, their family members.

It's true that Anderson tried to get police officers moved up ahead of some others and that the board voted it down, however they are now eligible; the delay was about 2 weeks so the lawyers did not go ahead of cops.  The health officials simply added court officials exposed to prisoners along with police officers, who I agree are at high risk due to close contact with suspects arrested as well as people in need of medical aid - they are often first at the scene of accidents, drug overdoses, beatings, etc. and administer first aid.

my spouse who has asthma can not get the vaccine because they are under 65. stupid!