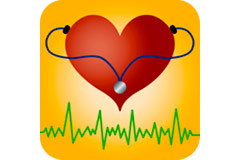 December 26, 2008 (La Mesa) — The five-member board
of directors for the Grossmont Healthcare District (GHD), a public agency that
supports health-related community programs and services in San Diego's East
County, has elected its board officers for 2009. Elected unanimously were Jim
Stieringer as president, Gloria Chadwick as vice president and Deborah McElravy
as secretary. Stieringer appointed board member Michael Emerson to serve as
treasurer.

Stieringer has served on the board since1992. He previously served as board
president in 1996, 1997 and 2008. A La Mesa resident since 1979, Stieringer
is a retired government defense contractor.

Chadwick has served on the board since 1998, when she became the first woman
to be elected to the board in 22 years. A second generation San Diegan and
resident of El Cajon's Dehesa Valley since 1975, Chadwick, a registered nurse,
recently retired after a 44-year career of working in the healthcare profession.

McElravy has served on the board from 2000 to 2004, and was appointed to fill
a vacant seat in December 2006. An East County resident since 1974, McElravy
is a pharmacy manager at Costco Wholesale in La Mesa.

Emerson has served on the board since 2008, when he was appointed to fill
a vacant seat.  Emerson owns Hart Optical Company, and has lived in La
Mesa since 1992. He is a Registered Dispensing Optician (RDO), a Fellow of
the National Academy of Opticianry (FNAO), an American Board Certified Optician
(ABO) and is certified by the State Board of Medical Quality Assurance of the
California Medical Board.

In the recent general election, Stieringer, McElravy and Emerson were elected
to four-year terms. Also recently elected is the newest member of the GHD board,
Dr. Michael Long of La Mesa, who was elected to a two-year term. Long, an El
Cajon resident, is a retired neurologist who practiced for 40 years locally
as an active member of the medical staff at Grossmont Hospital.

The Grossmont Healthcare District's board meetings are regularly held on the
first Monday and third Friday of each month at the District Conference Center,
9001 Wakarusa St., La Mesa. The public is invited to attend. For more information
about GHD, visit www.grossmonthealthcare.org.

Just remember that if you really care about your health, you'll take part in regular exercise; using things like Treadmills for your cardio work. Don't forget that lifting weights also has lots of health benefits, too. But to do this, you need to stay safe by using things like Power Racks.

This is very helpful site for healthcare. Thanks for help. Lasik Eye Surgery

I have read almost all your blog and therefore I can say that you always post different different and new topics which are really very useful for me. I think you always present excellent topic in front of us. Thanks a lot for this and please post some new topic here regarding healthcare.
Crosstrainer
Personal Training

East County magazine site is really awesome, I'm just surprised at the amount of news coverage it does. The site touches almost all aspects of daily life, since I came across this site I'm not feeling the urge to check out some other site. Keep it up! Audi A4 Price

The people elected to represent as board officers are all highly qualified for the posts. Hope theGrossmont Healthcare District is putting up positive results due to the presence of these officers. East County magazine site is really awesome, I'm just surprised at the amount of news coverage it does. The site touches almost all aspects of daily life, since I came across this site I'm not feeling the urge to check out some other site. Keep it up!
Austin Texas Relocation Package

What are the benefits of the health care bill that is currently before the Senate?

I really loved reading your blog. It was very well authored and easy to understand. Unlike additional blogs I have read which are really not good. Keep on sharing!

The Dallas Pugh Foundation has donated $1 million and has pledged to raise an additional $500,000 to name the 7,000 square foot Dallas Pugh Gymnasium. The foundation was established in memory of a young man named Dallas Pugh, who took his life at the age of 15. The Pugh Family Foundation is dedicated to suicide prevention and supports children and youth, in helping them build self-confidence, communication skills and athletic ability 70-271 -- all the things the YMCA stands for. The new building will expand the existing sports complex to include a 35,000-sq. ft. full service YMCA branch that will include a wellness/fitness 70-284 center, gymnasium, multi-purpose and conference rooms and much more. The McGrath Family YMCA in Rancho San Diego is set 70-291 to open in early 2010. The next phase of this project will include a full-service aquatics center.