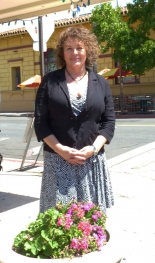 The La Mesa 2010 Campaign brought us a wide array of choices for the City Council and Mayor. However, as is expected, a vocal few have been crying "Wolf" wanting you to believe that the city is in great distress. This group now known as the "La Mesa Coalition for Better Government" or really known as "The Gang of Twelve or Thirteen" has supported candidates in direct violation of California law. The gang's leader, Peter Cuthbert, a longtime resident admitted his involvement and his clear motive, to "get Madrid out". So I guess it's time to connect the dots. Here are some facts that have come out into the light.

In a La Mesa Today article of October 23, 2010 titled " Candidate Lothian Responds To Madrid Supporter " Lothian defends a previous article I authored on October 12, 2010 titled " Marijuana, Alcohol and Pretty Flowers?´" In the original article I draw a parallel about the unfortunate 2008 incident in which the Mayor was found intoxicated on a city sidewalk a few blocks from his home, and a Social Host Ordinance Violation which occurred at Lothian's home in August of this year. Here is what I wrote:

WIEBOLDT: Where does Lothian stand on alcohol and drug use?

Two of Lothian's supporters (Maxwell and Council Member Ruth Sterling) have been quite vociferous in their constant cry of alarm over alcohol use by the incumbent Mayor Art Madrid. But Lothian comes to the forum with dirty hands and needs to address why her home was used earlier this year for an underage drinking party which resulted in the arrest and conviction of her daughter for a violation of the La Mesa Social Host Ordinance and provided alcohol for more than one hundred underage drinkers. And does Lothian want to reveal the photographs of the crime in which hundreds of cups, more that twenty bottles of alcohol and several windows in her home were broken out?

Where is Maxwell and Sterling's outrage over this incident? Maxwell wrote to the editor of the East County Magazine and accused the publication of using the power of the press to administer a political hit against Lothian about this very article. Last time I checked, Mayor Madrid apologized numerous times for his misstep, but Lothian has not even acknowledged nor apologized for the crime committed at her residence and continues to claim that this incident was just "a sophisticated little party".

In response Lothian wrote this:

LOTHIAN:My 19-year-old daughter is a mature, responsible, well-liked young woman. She has studied abroad, scored over 2000 on her SAT test, is a high GPA college student and has worked for top restaurants in the county for years. One couldn't ask for a better daughter. For her birthday, she planned a little party with her friends who are mostly in their 20s from work. One of her friends posted the party on Facebook causing people to crash the party and for it to get out of control.

This is where you go from mud-slinging to libel: NOT ONE UNDERAGE PERSON DRANK AND DROVE. The La Mesa police know this. No kids were arrested, including my daughter who abstained from alcohol. My daughter was not convicted for any crime: not an infraction, not a misdemeanor, not a fine, nothing. Not one single window was broken out either. In addition, my daughter reimbursed the police department from her restaurant wages and voluntarily spoke to the youth commission warning kids to NEVER host a party where minors are present and alcohol is served. She's a wonderful person who took personal and financial responsibility for her mistake. What you wrote is reprehensible and completely unacceptable.

Pretty much a he wrote, she wrote? Not really! And here's why. In an article published by The East County Magazine (ECM) on October 27, 2010, "POLICE RECORDS REQUEST SHOOTS HOLE IN CANDIDATE'S STORY ABOUT TEEN DRINKING PARTY" the La Mesa Police Department report clearly states this:

“The resident… was arrested for a violation of 10.38.030(a) L.M.M.C.-Social Host Ordinance, and released on a citation after promising to appear in court.”

Lothian obviously had "constructive knowledge" in that she knew or should have known the outcome of the arrest, conviction and sentence of her daughter simply because it occurred at Lothian's residence. And the "small white cups" used for the Jell-O shooters? Were they brought by the miscreant underage drinkers who "crashed" the party after that ill fated Facebook announcement? And finally, let's not forget the broken windows at her residence? Here's what the ECM article had to say about that:

Instead of telling the truth, Lothian and "The gang of Twelve or Thirteen" accuses me of mud slinging and libel. Just the word "LIBEL" rings up connotations of a nice big juicy lawsuit doesn't it? Not being intimidated by such foolish talk, I knew that this heinous GANG would continue to try to mislead the voters. Craig Maxwell did not disappoint me. In an October 23, 2010 blog on La Mesa Today Maxwell opines:

"And when you're finished, please tell us why you lied about a young women being arrested by the police. Sounds like an apology's in order. Will you do it? And if not, why? You're big on "law and order," aren't you Jim? Worked for the Sheriff's Dept., right? Why'd you lie about the police having done something they never did? Doesn't that trouble your conscience? If not, why? And you're an evangelical Christian, aren't you? What about that one commandment that reads, "You shall not bear false witness against your neighbor." Do you think you're an exception to this rule?"

In answer to Mr. Maxwell: Got any books on ethics in your bookstore? How about reading them!

On October 24, 2010, Nancy Salisbury, an obvious Lothian supporter wrote this on the blog at La Mesa Today:

"And libeling her young daughter? Classy. Anybody ever publish negative fabrications about one of your family members? How did it/would it make you feel? Way to go, Slick. Haven’t you ever been camping? You ought to know better than to mess with a mama grizzly and her cubs."

In answer to Ms. Salisbury's question: No Ma'am. No one has ever published negative fabrications about any of my family members. If that happened, it would truly be LIBEL!

Are you asking yourself why all of this is so important now? Well. We must first remember Lothian is employed as a licensed California real estate salesperson. As such, in her work, she's required to uphold the principals of "Full Disclosure", which is honesty and truthfulness. Does she just tell the truth at work?

And second, this candidate wants you to vote for her to represent you as citizens on county, state and federal boards and commissions. Could you trust her integrity then?

Lothian was caught in an outright LIE! If she lied to us about the seemingly innocuous "sophisticated little party", what other lies has she told us? The "Trashgate" incident on University Avenue? The illegal "Slate Mailers" that she claims wasn't a violation of California Election law but were sent out and paid for by Peter Cuthbert, a financial supporter of Lothian? The huge mounds of trash lying around in our city? That the La Mesa Village Merchant's Association is insolvent and can't afford a gardener? That Lothian will bring new values to La Mesa when she is our Mayor?

Art Madrid, Ernie Ewin and Mark Arapostathis have served the citizens (which elected them) with zeal, honor and integrity. Please join me in voting for the on November 2, 2010. 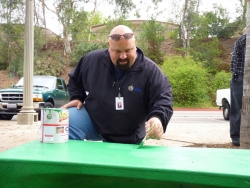 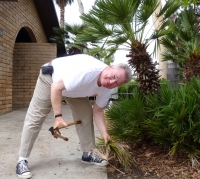 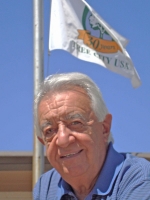 This made me think about the whole issue of whether the legal drinking age should be lowered or not. I found a great debate (seems unbiased) about the drinking age issue, worth checking out: http://drinkingage.procon.org/