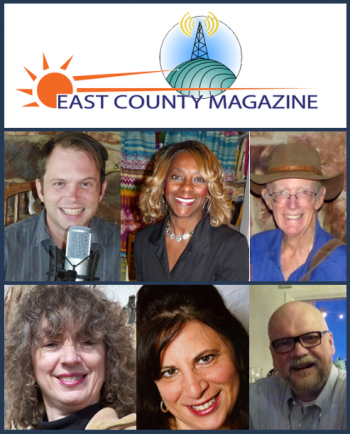 To hear  recent podcasts of our show, visit:

The East County Magazine Show  airs in prime time Mondays and Fridays at 5 p.m. It reruns Tuesdays at 9 a.m. and Saturdays at 8 a.m. on KNSJ 89.1 FM, a public educational stastoin broadcasting in Descanso, heard from the mountains to the sea in the San Diego region. Send story ideas, news tips and underwriting inquiries to editor@eastcountymagazine.org.

East County Magazine has won 116 major journalism awards from San Diego Press Club, Society of Professional Journalists San Diego chapter and more, including top honors for investigative reporting and other categories.  Founded in 2008, ECM is a division of the nonprofit 501c3 Heartland Coalition.Our show, like our online magazine, has a mission is to reflect all voices in our region, particularly those under-represented in other media.

Our radio show hosts reflect the rich diversity of our region and bring a multitude of qualifications, experiences and passions to their work.  Scroll down to read more about these talented radio personalities and our behind-the-scenes team! 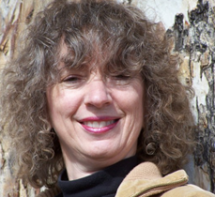 Many of her stories had major impacts, including national-level coverage of election integrity issues, Blackwater, Hurricane Katrina, California firestorms, energy and environmental issues. She is known for her in-depth coverage of issues impacting Native Americans, refugees, asylees, the Chaldean community, and rural residents among others. Miriam is a believer in providing the strongest arguments on all sides of issues, allowing listeners and readers to make informed decisions. A native of East County, she has a passion for exploring our backcountry, leaving no stone unturned in her quest to discover untold stories and fascinating people in our region. 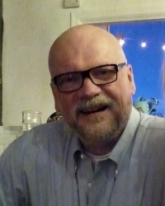 Paul Kruze, newscaster on our radio show and contributing editor of East County Magazine, is a seasoned multimedia journalist with experience in print, broadcast and web platforms. A courageous and tenacious journalist, he has  covered a variety of subjects, especially government and environmental issues, aided by his recognized wide knowledge in California, U.S. and world news, politics, and geography.

He has been recognized with multiple awards from San Diego Press Club and Society of Professional Journalists, including the Gloria Penner Award for political reporting from SPJ, 1st place for investigative reporting, news features and multicultural reporting from SDPC.  His work appears in local and regional venues as well as in nationwide syndication. His honors for works with our organization have included his in-depth reporting on the El Cajon City Council, political scandals, local business news, and the East County Performing Arts Center. 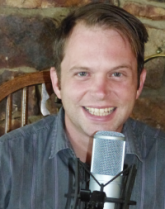 Jonathan Goetz co-hosts our Destination East County segment on our show and is also a freelance reporter.  He loves exploring East County's mountain and desert communities and won a travel award from San Diego Press Club for his coverage of the Anza-Borrego region as well as commuity reporting.  He shared a breaking news award from Society of Professional Journalists for our team's coverage of the Alfred Olango shooting in El Cajon.

He holds a bachelor's degree from Devry University in technical and sustainable management, also running the soundboard for our radio show. In his spare time, Jonathan enjoys singing with Kaleidoscope Carolers.

Reina Menasche is co-host of “Bookshelf.” She calls her first love “writing fiction,” though she is also a professional social worker, university instructor, and actress.  Her first novel, Twice Begun, is a finalist in the 2013 San Diego Book Awards, and her other fiction has been recognized in contests

by organizations such as the San Diego Writers and Editors Guild and Southern California Writers Conference.

She has performed in theatres and festivals throughout San Diego for the last 15 years. These roles include historical characters with “Our Stories” and at the Mark Twain Fest in Old Town, as well as many venues with the Chronos Theatre Group, where she also serves as Educational Director.  One of Reina’s original educational plays, The Brain Game, was the recipient of an Innovative Grant by the First 5 Commission of San Diego in 2005.

Professionally, she has spent 20 years as a masters-level social worker working with children, teens, and adults.  As Treatment Coordinator for Volunteers of America Southwest, she facilitates groups, provides professional training, supervises students, and writes curricula. As Lead Faculty and Faculty Advisor at the University of Phoenix, she teaches courses such as Life Span and Development, Multicultural Counseling, and Drugs and Addiction.  This is her first radio show. 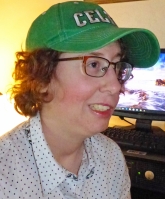 LizAlper, our sports reporter, is an avid sports fan who especially loves hockey and baseball. She has previously been heard on the award-winning "Best Online College Station in the Nation"-- KCR College Radio at San Diego State, where she’s done color commentary and production for SDSU men's hockey. In addition, Liz has hosted and been a co-host on several sports talk shows on the station.

A New Hampshire native who has overcome autism to become a successful journalist and found her own writing and editing company, she is a San Diego State graduate who majored in Television, Film and New Media and minored in Journalism. Watch for her feature, ECM Friday Night Lights, during high school football season on our website at www.EastCountyMagazine.org.