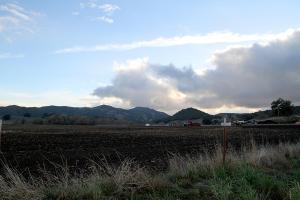 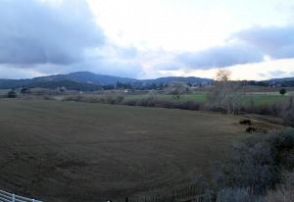 At this point, explained Valdivia, the projects are in an infancy stage with initial studies just being formed. They are in what the county terms a “major pre-approval/unknown” stage.

Valdivia noted that the projects planned by Ecoplexus are not nearly the scope and size of those proposed in Boulevard.

“We are looking at two 1.5 megawatt (MW) facilities, which would cover approximately 1,000 homes. It encompasses about 15 acres. We will use existing SDG&E distribution lines,” he said. (The Boulevard project is expected to cover 1,500 acres and generate 141 MW).

Descanso resident Sandra Wilson asked if a survey of residents’ opinions on the project has been done. Valdivia said no.

As in Boulevard, the residents in attendance and the DPG members asked questions about impacts to the environment, fire safety, wildlife, water tables and the potential for light pollution. Descanso is a community without light pollution and affords one of the most scenic night sky views west of the desert for astronomy buffs and nature lovers.

In terms of water usage, Valdivia assured residents that water would be trucked in and local water sources would not be utilized for construction. Wilson expressed concerns for the maintenance phase, which would tap local water sources to wash the solar panels.

The rest of the questions are unanswered at this time due to the preliminary nature of the project.

Ecoplexus will return to the DPG Planning Group meeting on April 17 to present more findings and landscaping renditions so residents can have a visual of what is being proposed.

Their size might make them seem like less of a threat, but I wonder how many others view these solar "farms" as dangerous precedents?