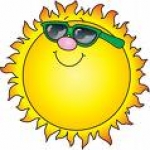 November 12, 2009 – San Diego resident Michael Huff, who is unemployed, found a way to save 1,400 a year on his utility bills with just a $1,000 up front investment. “It all started when I read an article in the Union Trib about 1BOG (One Block Off Grid),” said Huff. He obtained a group discount through the solar buying cooperative—without buying a thing. He’s so pleased with the results that he has referred over 20 other people.(For info on 1BOG's current program for San Diego homeowners seeking group discounts, see our story at http://www.eastcountymagazine.org/node/2227.)

While many homeowners invest $25,000 to $30,000 to own their own solar energy systems, Huff chose a “buy-back” option which 1BOG arranged through SunRun. Under the arrangement, SunRun actually owns the system on Huff’s roof. “They charge me for the KWY the system produces, but at a much lower rate than SDG&E,” said Huff, who paid only $1,000 out of pocket to get the system installed.

SunRun monitors and maintains the system, including coming out annually to clean the panels. “If I had bought the system, I’d have to do that--and believe me, I have a tall house; it wouldn’t be fun,” said Huff, noting that installers had to use mountain-climbing gear to put the panels up. SunRun will replace the inverter (the most expensive part of the system) at no cost.

The agreement runs 17 years. At the end of that perod, SunRun will remove the system from the roof, or offer Huff the option to buy the system or even move it to another home. “We don’t plan on moving, so I like the idea of them taking it off the roof,” he explained. “Why? Because the technology will have improved and the costs reduced by then. I’ll be ready to move to the new generation technology.”

One disadvantage of leasing instead of buying is that Huff won’t be able to take advantage of an upcoming change in California law that will allow owners of residential solar systems to sell back any excess power to utilities companies (in this case, to SDG&E). Any profits off excess solar produced at his home will go to SunRun.

But for Huff, who couldn’t have afforded to purchase a solar system, the short and long term savings are well worth the investment in his leased system. His initial prediction was a $1,400 a year savings – making the system profitable almost immediately.

In sunny September, his first month after installation, he saved $178 on his utility bill—an average of nearly $6 a day. “Ok, it’s not millions, but it is also not bad for a $1,000 investment, “ Huff concludes.

Moreover, his savings projection was based on current usage and rates – but SDG&E charges on a tier structure. If you use more, you can be charged triple for usage 130% to 200% of your baseline. “Remember, those are today’s fees,” Huff notes. “They are only going to go up, where mine with SunRun are fixed for 17 years.”

He also takes satisfaction in doing his part to conserve energy and protect the environment—and sees rooftop solar as a better choice than the proposed Sunrise Powerlink. He envisions the cumulative effect if everyone could go solar, adding, :”Would we really need that power line SDG&E is proposing?”

Sounds almost too good to be true. But the idea of having someone else take care of maintenance seems very handy as well!