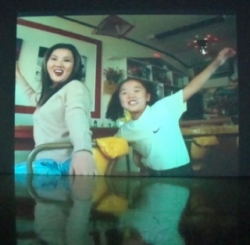 SDSU Exhibition inspires us to rise above

Seize the Sky explores this archetypal image in women’s lives across cultures and generations, to rise above circumstance and make their own destiny in the metaphorical and literal freedom of the sky.

Simone Aaberg Kærn, known in Denmark both as artist and feminist, will be in town to participate in Art, Aviation and Achievement: An International Symposium on Women’s Rights on Wednesday March 10 at 6:30 p.m. in SDSU’s Hardy Tower 140. A reception will follow from 8:30 – 10:00 p.m. at the University Art Gallery. The exhibition and events are free and open to the public. 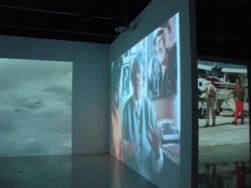 SDSU Professor and Gallery Director Tina Yapelli has followed Aaberg Kærn’s video installation work since discovering it twelve years ago on a sabbatical trip to Budapest, and realized that now would be the perfect time to present the work in honor of the SDSU Department of Women’s Studies fortieth anniversary celebration.

The exhibit is relevant not only for women, however, as Aaberg Kærn uses personal stories as a window to the universal: From WWII military pilots, the Iranian revolution and historical Greenland, to contemporary Afghanistan, Turkey, Denmark and Sweden, these dynamic individuals embrace the hand they’ve been dealt, and use their vision to engage with life and rise to their full potential.

World War II footage of women pilots in the American and Soviet military is interspersed with contemporary interviews of the former pilots in Sisters Hero Remix and Sisters of the Red Star. The women recount their experiences, and reflect on what flying means to them and their lives after the military. One of the women insisted that Aaberg Kærn learn to fly before conducting the interview - so the artist did, and flew herself to interviews across the U.S. 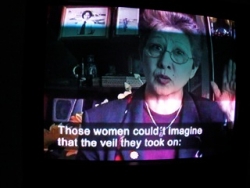 Taraneh – Heading for the Stars records the life story of an Iranian housewife who became Iran’s first female commercial pilot, how flying changed her life, and her emigration after the Islamic Revolution to Sweden, where she is now active in political life, exclaiming, "Oh, Lord I'm free!"

Fast forward to the contemporary Smiling in a War Zone, an Emmy nominated feature length piece in which Aaberg Kærn documented her more than three month journey in a 1960s era canvas-bodied Piper Colt to Afghanistan, to find and teach a 16 year old Afghan girl to fly, after reading about her dream to become a fighter pilot. Along the way we also meet women fighter pilots in the Turkish Air Force and Afghan National Army Air Corps. View a film trailer here. 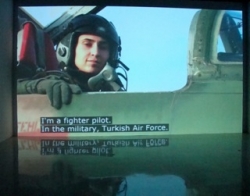 Seize the Sky is compelling not only for its glimpse of a shared vision across time and political boundaries, but in the way it combines history and dreams with vision and humor. In Wanna Fly and Royal Greenland, Aaberg Kærn fantasizes about unassisted flight, superimposing images of herself in whimsical flight past landmarks, icy landscapes, and historical footage of indigenous people.

For Show Me How You Fly, Swiss and Korean videos, the artist recorded men, women and children, some aviators, some not, showing with their hands how they fly. Images such as a little girl flying a popsicle plane bring these visions to life and, as the program explains, “each reveals an innate ability to convey their unique and often joyful interpretation of human flight.”

The mixture of grit, determination, transcendence and fantasy in Sieze the Sky will leave you thinking long after you’ve left. How will you fly? 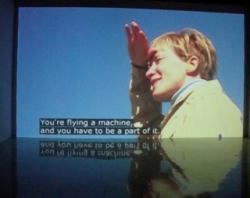 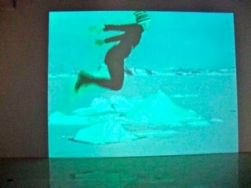