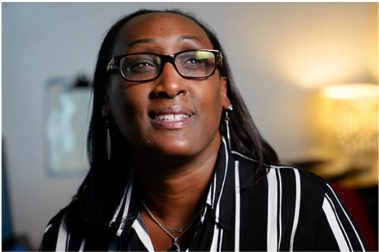 January 17, 2023 (La Mesa) -- February 11 is the monthly meeting of the La Mesa-El Cajon Branch of the American Association of University Women. Precious Jackson-Hubbard (left) and Mimi Test (below right) will be the featured speakers focusing on MS. Jackson-Hubbard’s upbringing and career and MS. Tests history of Title IX through a coach’s eyes.

The first speaker will be Precious Jackson-Hubbard, principal of Bell Middle School who was named a “Phenomenal Woman” by the California Women’s Museum in 2021 and Middle School Administrator of the Year in 2022 by the Association of California School Administrators.
Precious has spent 15 years in education as a K-12 educator and administrator where she is working to advocate for students who require additional supports and services. Precious is a member of the local chapter of the National Sorority of Phi Delta Kappa Inc., a sorority of educators and counselors who provide mentoring and professional development. 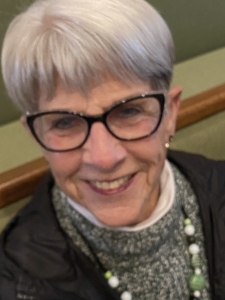 Precious will be sharing her story of being raised in San Diego, graduating from Lincoln High School and Howard University in Washington D.C. and devoting herself to making her school a safe place for young people. Ms. Jackson-Hubbard through her outreach efforts has created a community pantry where families can stock up on anything from food to shoes. Currently, Ms. Jackson-Hubbard is continuing work toward her Ed.D. at San Diego State University.

The second featured speaker is Mimi Test, retired educator, and coach in the Grossmont Union High School District. Mimi began her career at Granite Hills High School teaching physical education and coaching girls swim. Later she added boys swim and totaled 149 wins against just one loss!
Quoting from the Coaching Legend’s web site “That was the amazing, combined won-loss record for Coach Test’s boys and girls swim teams at Granite Hills and Valhalla High Schools. During the period from 1969-1984, Mimi’s girls took home 13 Grossmont League championships while the boys took league honors all six years while Mimi was at the helm. Her girl’s teams claimed county titles in 1972 and 1980.”
For these coaching achievements, Mimi was named league Coach of the Year in five consecutive years. Coach Test is believed to be the first woman to coach a boys’ varsity sport in San Diego County and was named a coaching legend in 2000.
The social hour begins at 9:30 and the meeting commences at 10:00. Our meetings are open to the public and members are encouraged to invite friends and family, co-workers and associates. Meetings are held in King Hall at Foothills United Methodist Church located at 4031 Avocado Blvd. in La Mesa.
La Mesa-El Cajon Branch of American Association of University Women (AAUW) has been engaged in “equity for all” efforts since the 1950’s and is one of the largest branches in the state. AAUW empowers women and girls by advocating for more women in leadership positions, closing the gender pay gap and preventing sexual harassment and discrimination. AAUW supports girls entering STEM (Science, Technology, Engineering, and Math) careers, using research, education, and advocacy at the national, state, and branch levels to accomplish these goals.
For more information about this organization, go to www.lamesaelcajon-ca.aauw.net. New members are always welcomed and do not need to be invited to attend a meeting.