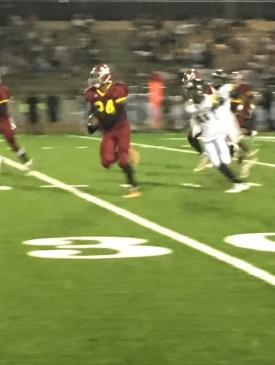 September 8, 2017 (Spring Valley) - For this season week’s edition of Friday Night Lights, ECM was back in Spring Valley, but this week, we were at the other Spring Valley high school.  Just like in the Revolutionary War, Patriots were going up against Monarchs as Patrick Henry took on Monte Vista.  The Patriots are off to a rocky start this season, starting 0-2.  The Monarchs, meanwhile, sported an even 1-1 record coming into tonight. 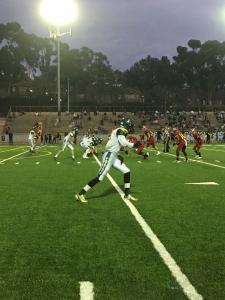 Right off the bat, junior running back Jahmon McClendon ran it 37 yards for a Monte Vista touchdown.  He did it again a few drives later, punching it in and giving the Monarchs a 14-0 lead after one.

McClendon wasted no time in the second, breaking loose for his third touchdown of the night.  Later on, he broke free for 90 yards downfield for number four.  Patrick Henry finally got on the board with a nine yard run by junior Colin Frye, but the Monarchs still enjoyed a comfy 28-7 lead at the half.

The Patriots tried to stage a comeback in the second half.  In the third, junior quarterback Ethan Gomez fired it in to senior wide out Brett Allen.  Despite the extra point being no good, the Patriots crawled a little closer until McClendon added touchdown number five on the night with a minute left and the Monarchs led 34-13 after three. 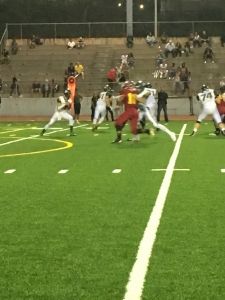 Patriots junior Carlito Nothalf was running hard all game and in the fourth, it finally paid off with a long touchdown run.  Frye got the Patriots to within seven points with a run in for the touchdown with five minutes left and adding the two-point conversion, but the Monarchs barely escaped with good clock management for a 34-27 win to move to 2-1 on the season.  The Patriots fall to 0-3,

The Patriots continue their journey of the greater East County next week when they head to Lakeside to face the Vaqueros of El Capitan.  Monte Vista, meanwhile, plays host to Casteel High School from Queen Creek, Arizona.  Kickoffs of both games are at 7:00 p.m. 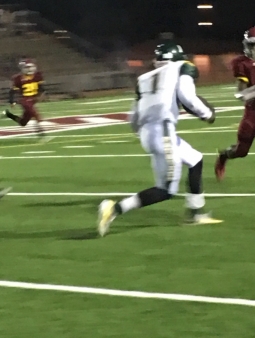