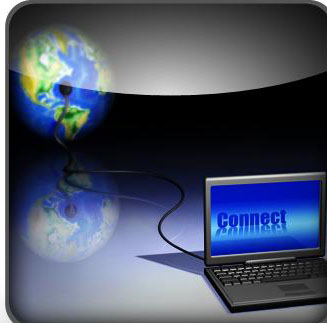 January 23, 2023 (San Diego’s East County) - East County Magazine's World Watch helps you be an informed citizen on important issues globally and nationally. As part of our commitment to reflect all voices and views, we include links to a variety of news sources representing a broad spectrum of political, religious, and social views. Top world and U.S. headlines include:

Classified documents unearthed between early November and this week – located in a private office space in Washington, in President Biden’s Wilmington, Del., garage before Christmas and in his home library on Thursday – resulted in an expanded investigation by a Justice Department special counsel…The president and his White House team say Biden’s circumstances and Trump’s actions are different, maintaining that Biden’s personal lawyers and the administration took appropriate steps since November to cooperate with the Justice Department and the Archives.

A federal judge imposed nearly $1 million in sanctions on former President Donald Trump and his lawyers for filing a “frivolous” lawsuit against Hillary Clinton and others. “This case should never have been brought,” wrote Judge John Middlebrooks in U.S. District Court for the Southern District of Florida in his order sanctioning Trump. Trump’s lawsuit claimed that Clinton, the Democratic National Committee, former FBI officials and others conspired to weave a false narrative that his 2016 presidential campaign was colluding with Russia.

The $1.6 million penalty two Trump companies must pay for their tax fraud crimes …is likely to be eclipsed by longer-term blowback to the Trump Organization.... “Doing business with a company that has been found guilty of unscrupulous practices may exceed the risk tolerance of lenders, insurers and potential business partners,” said Barbara McQuade, a former federal prosecutor who now teaches at the University of Michigan’s law school.

… His victory followed four days of voting and persistent negotiations with far-right members of the Republican conference, who kept a win at bay until the 15th round of voting. The selection of a speaker finally paved the way for those elected in November to take their oaths of office and the House to organize. The chamber is set to vote Monday to adopt a rules package governing the 118th Congress, which includes some of the concessions made by McCarthy in talks with conservative holdouts.

On Jan. 1, the city of Scottsdale, which gets the majority of its water from the Colorado River, cut off Rio Verde Foothills from the municipal water supply that it has relied on for decades. The result is a disorienting and frightening lack of certainty about how residents will find enough water as their tanks run down in coming weeks, with a bitter political feud impacting possible solutions.

A Russian spy ship has been patrolling off the coast of Hawaii but so far has remained in international waters, the Pentagon said Thursday. / While the appearance of a Russian surveillance ship along the U.S. coastline is not unusual, this one has attracted more attention because of heightened tensions between the U.S. and Russia over Moscow’s invasion of Ukraine and veiled threats to employ nuclear weapons.

The estate of Brian Sicknick, a Capitol Police officer who died after responding to the January 6, 2021, attack on the US Capitol, is suing two rioters involved in the attack and former President Donald Trump for his alleged role in egging it on.

Democrats in Congress released thousands of pages of former President Donald Trump's tax returns Friday, providing the most detailed picture to date of his finances over a six-year period, including his time in the White House, when he fought to keep the information private in a break with decades of precedent.

Contractors unintentionally grounded thousands of flights last week when they deleted files while working on the Notice to Air Missions (NOTAM) system, the Federal Aviation Administration says. The agency said in a statement Thursday that a preliminary review found the shutdown happened as the contractors worked to "correct synchronization between the live primary database and a backup database." Investigators so far found no evidence of malicious intent or a cyberattack.

Two men have been charged with federal crimes for attacking substations in Washington State, an act of sabotage that left thousands without power on Christmas Day.  Federal agents say one of the men confessed to knocking out the power in order to commit a burglary by emptying the cash register of a local business during the power outage.  The FBI says cell phone records led to the arrest ....

The U.S. Federal Trade Commission, which enforces antitrust law, proposed a rule that would ban companies from requiring workers to sign noncompete provisions as well as some training repayment agreements, which companies use to keep workers from leaving for better jobs, the agency said on Thursday.  The proposal seeks comment on a potential rule, which is months away, if not longer, from taking effect....

The skilled trades haven't caught as a career choice with Gen Z.  (NPR)

While Gen Z — often described as people born between 1997 and 2012 — is on track to become the most educated generation, fewer young folks are opting for traditionally hands-on jobs in the skilled trade and technical industries. The number of young people seeking technical jobs — like plumbing, building and electrical work — dropped by 49% in 2022 compared to 2020….

Puerto Rico announced Sunday that it plans to privatize electricity generation, a first for a U.S. territory facing chronic power outages as it struggles to rebuild a crumbling electric grid. The move marks the beginning of the end for Puerto Rico’s Electric Power Authority, a behemoth long accused of corruption, mismanagement and inefficiency that holds some $9 billion in public debt — the largest of any government agency.

Migrants seeking asylum at the U.S.-Mexico border can now use a mobile app to schedule a time to approach a land port of entry, a Customs and Border Protection spokesperson confirmed on Thursday, a move intended to reduce crossings but which has sparked concerns over privacy and access.

Effective January 1, 2023, foreign nationals are not allowed to buy residential properties in Canada, as per reports. The Canadian government announced this decision to ban non-residents from owning homes for 2 years as part of its budget proposals in view of surging property prices in the country and with an aim to give local residents access to affordable housing.

Global prices for food commodities like grain and vegetable oils were the highest on record last year even after falling for nine months in a row, the U.N. Food and Agriculture Organization said, as Russia’s war in Ukraine, drought and other factors drove up inflation and worsened hunger worldwide.

Kan Quancheng, director of the health commission for central Henan province, told a press conference that “as of January 6, 2023, the province’s Covid infection rate is 89%”. With a population of 99.4 million, the figures suggest about 88.5 million people in Henan may now have been infected.... Covid cases are expected to soar further as the country celebrates lunar new year later this month, with millions set to travel from big cities to visit vulnerable older relatives in the countryside

Some demographers expect China’s population in 2022 to post its first drop since the Great Famine in 1961, a profound shift with far-reaching implications for the global economy and world order.... The United Nations predicts China’s population will start to decline this year when India overtakes it as the world’s most populous country.

The British government is poised to ban certain single-use plastic products, a long-awaited step towards reducing pollution that environmentalists hope will be just one of many. The ban will cover plastic plates, trays, bowls, cutlery, balloon sticks and certain kinds of polystyrene cups and food containers...  This new ban applies specifically to plastic packaging of food and drinks from restaurants and cafes, not in supermarkets and stores.

Protests against Peruvian President Dina Boluarte's government that have left 48 people dead since they began a month ago spread through the south of the Andean country on Wednesday with new clashes reported in the tourist city of Cusco.

The death toll from a Russian missile strike on an apartment building in the southeastern Ukrainian city of Dnipro rose to 30 Sunday...at least 73 people were wounded and 39 people had been rescued as of Sunday afternoon. The city government in Dnipro said 43 people were reported missing.

In Istanbul, what was once routine for the winter is now a luxury (NPR)

Routines of Istanbul winter life - from visits to traditional public baths to hot drinks - are getting hard to afford amid Turkey's economic crisis.