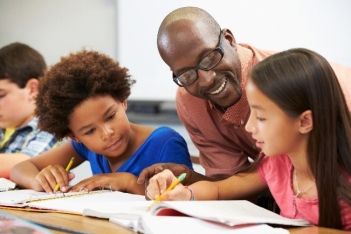 January 23, 2023 (Sacramento) -- Congressman Kevin McCarthy from Bakersfield announced in his first address as U.S. House Speaker that he wants to combat what he describes as "woke indoctrination" in public schools. But a new poll shows very few voters consider that to be an urgent priority. A survey commissioned by the American Federation of Teachers finds that improving students' academic achievement rates much higher.

Guy Molyneux, pollster and partner at Hart Research Associates, said the hot button issues, like so-called "critical race theory," may stir up the base, but they are low-priority for the majority of voters.

"Banning CRT, giving parents the right to decide what children learn," Molyneux said. Prosecuting teachers as charged child abusers if they teach CRT, allowing parents to have books they consider offensive removed from school libraries - just one voter in 10 thought that was a priority at all."

Randi Weingarten, president of the American Federation of Teachers, said the culture wars are part of a divisive political strategy that does not resonate with voters.

"Voters overwhelmingly say, 'Get back to basics," Weingarten said. Invest in public schools, deal with the teacher and the nurse and the guidance counselor shortages. Get educators the resources they need to create safe and welcoming environments.'"

McCarthy has signaled he will call for major spending cuts rather than raise the debt ceiling in the coming weeks. He has not specified whether those proposed cuts will target education.

Congressman Kevin McCarthy from Bakersfield announced in his first address as U-S House Speaker that he wants to combat what he describes as "woke indoctrination" in the schools. But Suzanne Potter reports a new poll shows very few voters consider that to be an urgent priority.

McCarthy has signaled he will call for major spending cuts, but they probably won't cut the nearly $817 billion for endless wars, which are mainly a racket to fund the military-industrial complex that President Eisenhower warned about..
just an out of touch righty who only wants to take away everything we have!!!!!