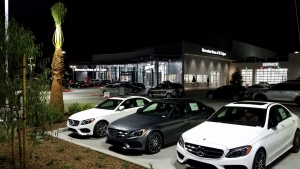 November 30, 2017 (El Cajon) - The City of El Cajon welcomed its twelfth new auto dealership on Wednesday night with the grand opening of Mercedes-Benz of El Cajon at its location at Wagner and Marshall Street adjacent to Fletcher Parkway. The new 70,000 square foot dealership, operated by the Ontario-based Oremor Automotive Group, replaces their previous location on El Cajon Blvd. 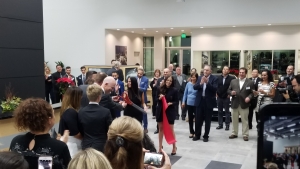 The new location includes the sales of new vehicles, pre-owned vehicles, and a full service department under one roof.

To acknowledge its commitment to the community, a check for five thousand dollars was presented by the auto dealership to the Boys and Girls Club of San Diego. 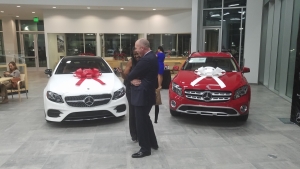 The City of El Cajon has been able to attract auto dealerships (as it did with LiveNation which will soon be taking over the management of the East County Performing Arts Center) through a series of tax incentives which in the long run will benefit the coffers of the City of El Cajon, according to City Manager, Doug Williford.