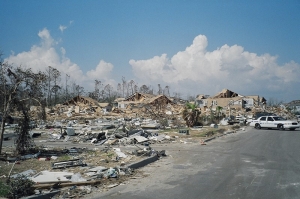 May 21, 2017 (San Diego) – Adolescents exposed to natural and environmental disasters show higher levels of alcohol misuse and emotional trauma than their peers, according to new research presented at the Annual Meeting of the American Psychiatric Association in San Diego. The findings indicate the importance of mental health services for youth that have experienced emotional trauma.

More than 450 high school students (age 14–18) in St. Bernard Parish in Louisiana who had been exposed to both the hurricane and oil spill as children participated in a survey about socioeconomic status, emotional states, level of alcohol use and their degree of disaster exposure.

Adolescents who were highly exposed to Hurricane Katrina and the Deepwater Horizon oil spill had higher levels of alcohol misuse and emotional trauma compared to their peers with lower exposure to these disasters.

The researchers conclude that social support to help adolescent disaster victims with feelings of depression, anger and loneliness may reduce alcohol use in these populations.

While the study looked only at two specific disasters in Louisiana, it raises concerns over whether similar trauma and post-disaster alcohol use might be found among youths after disasters to which our region is vulnerable, such as devastating wildfires or major earthquakes.

They had to do a study to find this information?