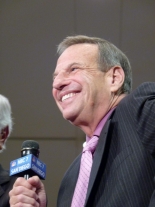 He urged that any decision on the potential restart of Unit 2 should be preceded by a public, transparent license amendment hearing before the NRC, with sworn testimony by experts so that all impacted residents can understand the risks.

The California Public Utilities Commission (CPUC) is investigating the customer rate charges associated with the year-long shutdown of SONGS. Any decision to restart Unit 2 should consider public safety first, but also the high cost to consumers for reduced power generation of 700 mW versus the 2200 mW when SONGS was fully operative, Filner added.

Attorney General Kamala Harris has filed as an intervenor in the CPUC hearing.

Filner added, “And any decision to restart SONGS at any level should consider the reliability and costs compared to a future based on alternatives, including efficiency, load management, demand response, renewable energy, and energy storage."

He urge the NRC not to authorize the restart of SONGS until both a full license amendment hearing has been conducted by the NRC and the CPUC finishes its investigation.