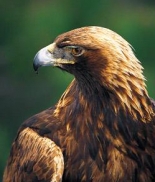 Pattern had claimed that "Radar units will be placed in the northeastern and southeastern portions of the project area to provide coverage of the entire project area, as well as to detect bats from Rose Guano Cave prior to them reaching the project area."  Further, in describing mitigation measures, the document continued, “the radar system may also be used as an "early warning" system, providing advance detection of bird or bat activity that presents mortality risk with the ability to shut down turbines.”

An eagle death has also been documented at the North Sky River wind project, which was reportedly equipped with radar.

Wildlife biologist Jim Wiegand has predicted that reliance on radar would result in a “bloodbath” for birds and bats, including eagles, at wind farms.

“These radars are just a whitewash. They don’t work,” Mark Duchamp with Save the Eagles International told ECM. He forwarded a link documenting white pelicans dying at a wind farm where radar failed to shut down the turbines:  http://www.canadafreepress.com/index.php/article/45887

ECM reporting has previously questioned the effectiveness of avian radar, noting that an exhausting internet search and contacts to manufacturers had failed to produce a single video showing any turbine ever shutting down when birds approached.  Opponents of wind turbines, however, have documented cases of turbines slaughtering birds even when radar was installed.

Kevin Emmerich at Basin and Range Watch, an environmental organization, announced the eagle kill on the group’s website, revealing more troubling details. He has called the Spring Valley Wind Project "a Pattern boondoggle in Northern Nevada. It was approved with just a 30 day environmental assessment, but is 8,000 acres with 66 turbines. The BLM got sued for not reviewing it with a full environ mental impact statement, but they won the lawsuit."

In an e-mail to ECM and others, he revealed, "The eagle was dead for a few days before being found on February 25th. FWS later confirmed it was an eagle that was killed by the trauma of the blades."

The kill triggers a requirement for Pattern to do surveys on all of the 66 turbines as well as surveys for more nests around the project, Emmerson said.

"The Spring Valley Avian Management plan allows one eagle death. BLM is calling that a take, but FWS seems more careful about that. They are saying another MAY trigger turbine curtailment," he noted, adding, "I used to work at Great Basin National Park in the early 1990’s and Spring Valley was known to have a very abundant GE (Golden Eagle) population. Things may be changing."

Claiming radar would be effective for bats seems dubious, given that bat deaths at wind farms occur not from striking turbine blades, but due to air pressure changes that make the bats’ lungs explode, a university study has found.

Isn't it possible to make wind turbines more visible to birds -- or even be more obvious to a bat's sonar?

I don't know if there's anything that can be done for bats. .There is a company called FloDesign that was making a prototype of tyrbines it thought would be safer for birds. They were supposedly doing some testing but haven't returned my call a while back asking for results.  Here is a link:

Besides hitting blades themselves, migratory birds may also be at risk from infrasound, there are some new studies indicating birds use infrasound for navigation.  There are also risks from electrocution at the high voltage lines and substations associated with wind projects, thought he blades are the most serious hazard. One wind farm, Altamont, has killed thousands of eagles, as well as many other raptors, over a number of years.

Where is it?   If the wind industry isn't held accountable, anything goes . . . and the birds and bats lose BIG TIME!.  Why are they exempt when others are not?