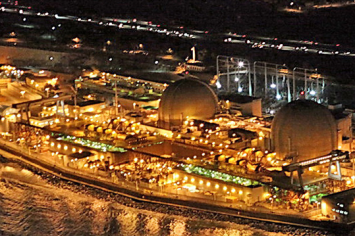 June 7, 2013 (San Onofre) – Southern California Edison (SCE) announced today that it will permanently decommission both reactors at its troubled Onofre nuclear generation plant.  (SCE has made this decision due to the uncertainty brought by the increased requirements for safety from the Nuclear Regulatory Commission (NRC).

“Looking ahead,” said Ron Litzinger, SCE’s President, “we think that our decision to retire the units will eliminate uncertainty and facilitate orderly planning for California’s energy future.”

The nuclear waste on-site will remain there in dry cask storage—encased in stainless steel and concrete—until national leaders come up with a permanent storage solution, Patch.com reported.

Litzinger added, “The company is already well into a summer reliability program and has completed numerous transmission upgrades in addition to those completed last year…Thanks to consumer conservation, energy efficiency programs and a moderate summer, the region was able to get through last summer without electricity shortages. We hope for the same positive result again this year,” Litzinger said, “although generation outages, soaring temperatures or wildfires impacting transmission lines would test the system.”

The shut down of San Onofre drew this reaction from Martha Sullivan, an activist who has helped lead efforts ratchet up public pressure on the NRC and SCE to close the facility in light of serious safety breaches and whistleblower complaints.

"It's very much been a big team effort -- a core of organizers joined by many supporters who didn't let up,” Sullivan posted on Facebook. “THIS is what grassroots organizing is all about!"

The facility has been off-line since January 2012 following discovery of radioactive steam leaks and revelations that company executives concealed evidence of problems.  Concerns over the safety of a nuclear facility in earthquake-prone southern California also increased following the meltdown of reactors at the Fukushima nuclear facility in Japan after a major quake and tsunami.

Jessie Knight Jr., chairman and CEO of SDG&E, stated, “With the Sunrise Powerlink now in service and with additional contracted resources, barring any unforeseen system emergency, our region should have adequate power supplies for this summer,” 10 news reported.

Sen. Barbara Boxer, head of the Environment and Public Works Committee and a plant critic, said: “I am greatly relieved that the San Onofre nuclear plant will be closed permanently. This nuclear plant had a defective redesign and could no longer operate as intended.”

Governor Brown has called on consumers to conserve energy following news today of the closure.

Permanent shut down of the San Diego region’s nuclear facility is also anticipated to fuel renewed debate about the energy future for our region.  A key question will be whether additional power is needed, and if so, whether needs can be met without new industrial-scale energy facilities such as the proposed Quail Brush gas-fired power plant near Mission Trails or large-scale wind and solar projects proposed in rural and scenic areas of East County.

For the full statement from SCE go here.