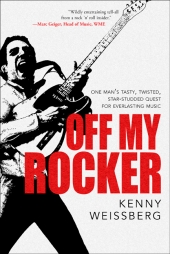 January 15, 2014 (San Diego)--Kenny Weissberg, the former producer and promoter of the internationally acclaimed Humphrey’s Concerts by the Bay series in San Diego, has lived the life that many of us could only dream about.  It is reflected in his wildly entertaining tell-all book, Off My Rocker.

Weissberg has worn nearly every hat in the music industry, having produced and hosted 2500 radio shows for eight stations from 1971 to 2007, cofounded Boulder’s KGNU in 1978, and programmed and hosted the award-winning “Music Without Boundaries” for 14 years. As a music critic, he wrote a thousand newspaper and magazine articles for 17 publications including the Denver Post, Boulder Daily Camera, Creem, Rocky Mountain Magazine, and Cake Eaters. But what makes this book so interesting and wildly entertaining are the zany experiences and escapades behind the scenes in this memoir that the author shares with us, particularly the anecdotes gleaned from the many entertainers that he came across in his 23 years as producer and promoter at Humphrey’s.

In Off My Rocker, Weissberg presents a rollicking backstage look into the joys and painful realities of a life devoted to music. In his early years as a radio personality, he basks in the creative glow of the free-spirited post-Woodstock era but later rebels against the soulless corporate takeover of the music he’s loved forever. 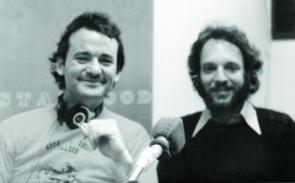 Along the way, he succumbs to the dark side, getting caught up in the deceit, greed, theft, and drugs so pervasive in the entertainment industry. The pervasiveness of drug use in the hotel suite of movie star and comedian Bill Murray is poignantly described by the author, as he states: “Murray hospitably laid out thick lines of coke, rolled fat joints that Mickey suggested we avoid due to the potency of the blend, and asked us to make ourselves comfortable as he launched into a 20-minute monologue.” The author certainly didn’t have to be coaxed into snorting cocaine with Murray, based on other experiences he described in this memoir. To Weissberg’s credit, and possibly with the influence of his wife Helen, he would eventually give up this habit.

In lively prose and vivid detail, Weissberg shares stories about the eccentric cast of characters who crossed his path, including a spectacular array of showbiz legends. Equal parts spicy confessional and pop-culture adventure with trenchant insights throughout, this page-turner of a memoir will stay with you long after the closing credits.

Weissberg has been a 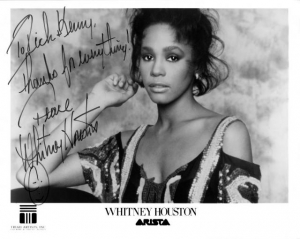 music junkie since he got his first transistor radio at age seven. He was born and raised in New Jersey. His chapter on diva demands is the highlight of this book, in this writer’s opinion, as he features Natalie Cole, Dionne Warwick, Anita Baker and Patti LaBelle and their performances at Humphrey’s. He says of Anita Baker, my favorite singer, in this memoir: “Anita Baker falls squarely into the ‘be careful what you wish for’ category.”

The author regales us with his numerous interactions with entertainers at Humphrey’s, such as Whitney Houston, Anita Baker, Chuck Berry, Roy Orbison, Miles Davis, Ray Charles, Roseanne Barr and James Brown. “I was fortunate to meet Whitney Houston long before alcohol, drugs, questionable companions, and the pratfalls of fame ruined her life and led to her untimely passing,” he writes. “In fact, her gig at Humphrey’s on August 28, 1985, (19 days after her 22nd birthday) was the first headlining concert of her career.” Whitney’s manager at the time stated to Weissberg: “We’ll always remember you for being the first person to pull the trigger on a Whitney Houston date, you’ll always be our promoter in San Diego.”

The author talks of how Roy Orbison moved him to tears at Humphrey’s in his performance, and that of all the performances there Orbison’s was his favorite. He also impli 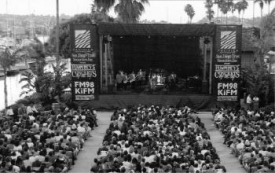 es in Off My Rocker that Chuck Berry attempted to extort money from him in his performances at Humphrey’s.

In this tell-all book the author tells of how a somewhat shady friend (Brent) actually helped secure the position for him at Humphrey’s, and that along the way Brent had him doing things that could be considered bordering on money laundering and drug dealing.

It was perhaps Woodstock in August of 1969 that was the impetus behind the author being so immersed in music and his 23 years at Humphrey’s. As Weissberg attended this historic event in American music lore, an event with more than a half a million attendees, the author chronicles the event and the numerous performances in Off My Rocker with such detail and vividness as to give the readers a sense of actually being there some 40 years ago. He speaks of 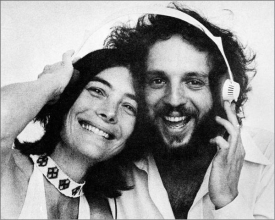 the charismatic folk singer Richie Havens, Joan Baez offering a chill-inducing version of “We Shall Overcome,” and John Sebastian warbling a typically off-key “How Have You Been.”

Off My Rocker is more than a tabloid about the life of the author Weissberg – it is actually a piece of Americana, a book that I strongly recommend to all those with a sense of history and  who love music.

Dennis Moore is a writer and book reviewer with the East County Magazine in San Diego and the book review editor for SDWriteway, an online newsletter for writers in San Diego, as well as a freelance contributor to EURweb based out of Los Angeles. He is also the author of a book about Chicago politics: “The City That Works: Power, Politics and Corruption in Chicago.” Moore can be contacted at contractsagency@gmail.com or you can follow him on Twitter at: @DennisMoore8.

I actually feel this is an Awesome review!!!

Weissberg has had the privilege to meet some legends!

This review was thorough and didn't gloss over the downside of the "Trap!"

This was an awesome review and I enjoyed reading it!

There is an awful lot more to this fantastic book that the review does not fully detail, such as the support that Weissberg's mother and father gave to him while he pursued his interest in music, as well as more intimate details of how he and his wife met and supported each other over the many years.