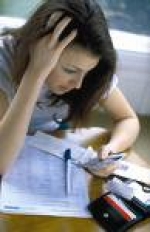 Statewide, CSU school have cut enrollment by 40,000 for this year and next. State budget cuts are “adversely and unfairly affecting not only thousands of CSU students, but many others throughout our state,” said Weber. SDSU has already cut 600 faculty and staff position, with most remaining employees taking unpaid furloughs.

For first-time freshmen, SDSU is declaring all majors and pre-majors impacted (including undeclared) with a goal to “better manage enrollment and ensure students can get the classes they need to graduate,” according to Weber’s e-mail. Applicants will be required to apply to a pre-major or undeclared and will be admitted based on their CSU Eligibility Index (calculated from grades and SAT/ACT scores). Local students will be given extra eligibility index points, but first-time freshmen from outside SDSU’s service area will be required to live on campus their first year starting in fall 2010. These changes impact only freshmen, not students already enrolled.

For transfer students, SDSU plans to continue honoring the Transfer Admission Guarantee (TAG) as its first admission priority but will require applicants to complete 100% of their transfer work at local community colleges. That could leave out students who started their education elsewhere, including some military veterans. Local students who have moved back home from colleges or universities elsewhere due to financial hardship may also find the doors closed to them at SDSU, even if they have met other transfer requirements.

In addition, transfer students must have completed all general education and preparation for their major, and have a minimum GPA of 2.4 or the required GPA for their major (whichever is higher). SDSU will continue to honor its “Compact for Success” with Sweetwater Union High School District and the City Heights Collaborative with Hoover High School. 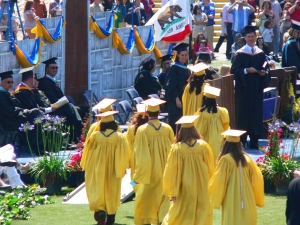 Grossmont Union High School Board Trustee Richard Hoy expressed concerns over the impact of reduced enrollment and other changes on East County students.

“There is no doubt that the current economy coupled with state budget reductions for public education from elementary through college is having an adverse effect on East County students,” Hoy told East County Magazine. “At a time when young people need more education and technical training in order to prepare for new jobs and careers, course offerings and admissions are being cut back. My hope is that we see a rapid and robust turn around in the economy, but unfortunately, that may not be the case.”

The announcement of enrollment cuts and tightened requirements for incoming students and transfers comes on the heels of hefty tuition hikes---increases which sparked protests among students last week at SDSU.

State Superintendent of Public Instruction Jack O'Connell has issued a number of statements concerning the staggering $18 billion in cuts to education in California over a two year period. In a speech on May 21, he warned, “"It doesn't take much to realize what these cuts mean for education. School leaders are going to be doing all they can just to keep the lights on and the doors open. I fear that the progress we've made for seven years is likely to be completely derailed and our efforts to close the achievement gap will be an afterthought.”

O’Connell called for passage of a constitutional amendment to “end gridlock and increase budget accountability,” according to a statement on the California Department of Education website.

Democrats fought to stave off deep cuts in education funding, trying instead to push through budgets that would increase revenues through proposals for various fee and tax increases. But even though Democrats are the majority party in the State Capitol, the state constitution requires a two-thirds vote to pass any budget bill. Republicans have unanimously refused to increase any fee or tax, even for cigarettes or yacht sales. When a lone Republican Senator voted for a budget with revenue increases (later vetoed by Governor Arnold Schwarzenegger), the California Republican Party retaliated by refusing to fund his reelection campaign. With no budget, the state ran out of money and began issuing IOUs in July. Left with no alternative, Democrats ultimately passed a budget that included education cuts proposed by Republicans. 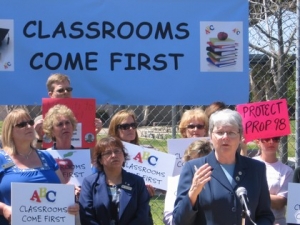 “There is a partisan element unfortunately,” State Senator Christine Kehoe (D-San Diego) told East County Magazine following a hearing on wildfire preparedness today in San Diego. “Our Republican colleagues cannot vote for any tax or fee. That is unbreakable with them.” The result, she added, “is crippling our fire and emergency services, and it’s crippling education. Just look at what's happening with the CSU and UC systems.”

Some fear that SDSU’s admission policy changes may adversely impact local students, particularly women. Leaders of We Advocate Gender Equality (WAGE) sent an open letter to Weber alleging that “We concur that SDSU is once again pursuing a strategy of “discouraging” local students from enrolling on campus.” According to the WAGE letter, benefactors of the university the chair of the Academic Senate’s Diversity and Equity Committee, and community organizations have predicted the admissions changes “will decimate the numbers of local students at SDSU.”

Female students may be most adversely impacted, national and local WAGE leaders Charity B. Hirsch and Pat Washington, PHD, suggested. They contend that scholarly studies show that female students tend to be more tied to their communities because they may lack support from parents to move away and because women students earn less than young men, making it harder for them to support themselves away from home. WAGE leaders concluded, “By closing the door to many of these youngsters, the University and CSU will perpetuate the educational inequality that has plagued women in our society.”

For more details on the SDSU changes, see www.sdsu.edu/enrollment.info.