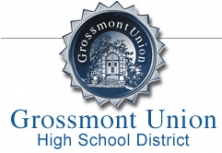 February 22, 2010 (El Cajon) – Grossmont Union High School District’s board of trustees has called a special meeting on less than 24 hours notice for a closed/executive meeting to discuss threatened litigation with the District’s legal counsel.  East County Magazine has notified the Superintendent via email that this meeting violates the Ralph M. Brown Act on two points.

The Board announced that a brief public comment period would occur at 5 p.m. prior to adjourning for the closed session. However the agenda descriptions are so vague as to render them worthless for public notice purposes, with the second item listed as “one matter.”

The agenda lists two items, both in the closed session:

After the closed section, a public report of action taken (if any) in closed session would be presented, the notice said.

The notice was received by East County Magazine at 9:07 this morning.  State law requires that all media who have requested notification (including ECM) of special meetings be informed in writing at least 24 hours in advance.

Secondly, the description is overly vague and does not meet state legal requirements, says Terry Francke, general counsel for Californians Aware, an organization that enforces state sunshine/open government laws.  According to Francke, state law requires that in pending litigation, the public has a right to a written description of the threatened litigation including documents if in writing, or if the threat was verbal, a description by the person(s) who heard the threat of what threat was made and by whom.

ECM has requested this documentation and asked that the hearing be postponed until the Brown Act requirements are met.

The meeting is set for Tuesday, February 23 in the GUHSD office/Superintendent’s conference room (not the normal Board meeting facility). The location is 1100 Murray Drive, El Cajon 92020. Governing Board member Jim Kelly would participate in the closed meeting via teleconference, if it goes forward.

We will post an update when we learn if the meeting will be rescheduled in accordance with state law.

What is your childish vendetta against GUHSD? Grow up, and try making this a real community e-zine that reports actual unbiased news!!!!!!!!!!!!!!!!!!!!

Phil -- Why would you support a board violating sunshine laws?

We fulfilled our obligation to the public by pointing out the violations. The board did not notify media or stakeholders who had asked to be kept informed of meetings scheduled.

By rescheduling, the board did the right thing to allow adequate public notice. Hopefully they will also provide a written explanation about the lawsuit threatened.

We have no "vendetta" and in fact, have reported many positive things about the board if you look through our stories, such as how the District has reduced truancy rates, worked to protect students from sexual misconduct, and other important issues.