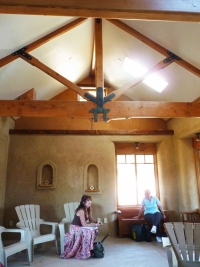 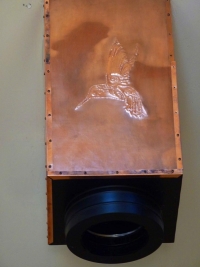 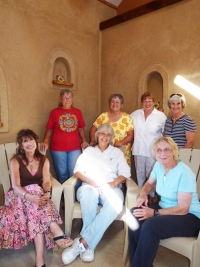 “Straw bale building is like a barn raising—a wonderful, friendly activity that reaches out and brings people together.” – Kim Hamilton

October 30, 2011 (Deerhorn Valley) – Four years after the Harris Fire burned down their barn, Kim Hamilton and Rob Deason celebrate completion of a new art and music studio made with straw-bale construction and hands-on help from friends, family and neighbors.  Since the community also lost its former gathering place at a local fire station, the new studio doubles as a meeting room for the Deerhorn Valley Community Association.

The new structure is both fire resistant and green--built of natural, sustainable materials with insulating qualities ideal for the climate extremes found in this rural community. 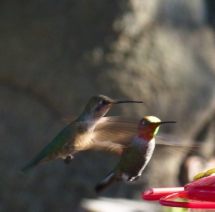 “We envision Estudio Colibri (Hummingbird Studio) as a place where creativity will bloom and inspire—and a refuge to share with the fine people we call friends and family,” Hamilton, a sculptor and editor of the Deerhorn Valley Antler community news service wrote on a website dedicated to the project at www.casacolibri.us.

Both musicians, Hamilton and Deason also now have a place to practice together.  “We used to play with a country-western band,” recalls Hamilton, who plays guitar and keyboard.  Deason performs on harmonica and guitar.

The couple hired contractor Paul Turner and acted as their own owner-builders.  “Paul is a true craftsman builder, an artist at what he does with a real bend toward local resources and sustainability,” Hamilton says. 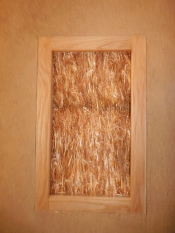 Earthen plasterers Rebecca Tasker and Mike Long, owners of Simple Construct (http://simpleconstruct.net/ ), a local straw bale construction company, held workshops for eager volunteers on baling and mudding.  Once framing was done and bales from Jamul stacked firmly in place,  participants gleefully pitched in to apply special “mud” – a mixture of clay from Temecula, sand, and finely-shredded straw as a binder.

“It’s traditional in straw bale building to get people involved,” noted Hamilton, who likens the process to barn-raisings of yore.

Straw bale construction provides “empowerment” to women in many parts of the world, such as Mexico,  Hamilton noted.  “The bales are easy to lift and women traditionally have done much of the finishing with rags.”  (For more information on straw bale construction, visit the California Straw Building Association http://www.strawbuilding.org/sbweb/.) 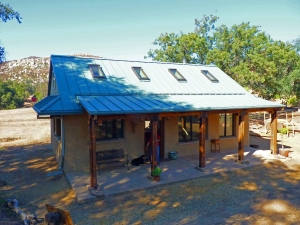 Because bales are tightly-packed and covered with fire-resistant materials, straw bale homes are considered excellent choices in fire-prone areas. A metal roof enhances fire safety, while deep overhangs provide shade over a porch.  Concrete flooring and poured-in-place concrete sills enhance fire safety. Only the porch beams are wooden, adding character-- heavy timbers salvaged from the Casa de Bandini remodel in San Diego’s Old Town.  The structure is also earthquake resistant, since in California infill must include post and beam construction. 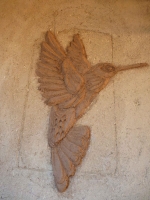 Decorative elements include copper downspouts, as well as hummingbird elements etched into a light fixture by Deason and sculptured on the studio’s exterior wall by Hamilton. In addition, handprints of family 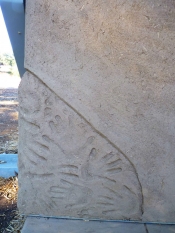 “It was important for us to record handprints of our family there, so a spiritual sense touches it,” said Hamilton.

“We looked at pictures and we were attracted to heavy adobe walls,” Hamilton told ECM when asked why she chose straw bale construction.  Like adobe, thick straw bale-filled walls also provide insulation from summer heat and winter chill in Deerhorn Valley, which has season extremes including snow. 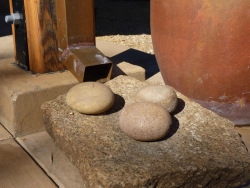 The exterior texture is reminiscent of adobe, an appropriate look in this Valley once occupied by pioneers.  Native American artifacts found on site, including grind-stones, are also on display on this rural property.

The finished studio measures 450 square feet, with open beams, skylights, plumbing, a window seat, and art niches carved into the walls.   Framing took three to four weeks and construction about four months, though the project overall was three years from planning to completion.

The modest size suits the owners’ rural lifestyle.  On a hill above, their home, Casa Colibri, measures just 1,000 square feet.

“We don’t need any more than this,” insists Hamilton. Indeed, the 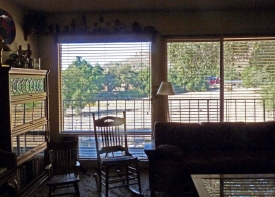 couple’s lifestyle incorporates the outdoors on a multitude of levels.

Their charming dwelling has a pot-bellied wood stove in the living room to provide warmth.  The room's focus, however, is on stunning views of Lyons Peak and other mountains on the horizon.

In a small but cozy kitchen, Hamilton cans jars of 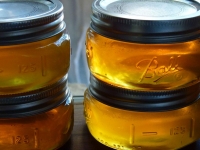 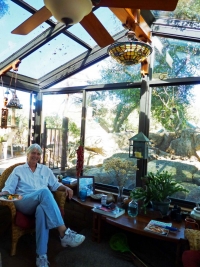 The most unusual feature of the home itself, however, is a sunroom on the eastern exposure, built around a boulder that protrudes through the floor. 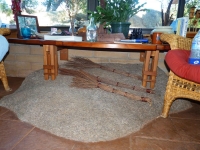 The sunny space overlooks an outdoor bird haven that has emerged as Deason’s passion.

“After the fire, all the birds were gone. There was nothing for them to eat,” Hamilton said.  So Deason set out to provide a variety of seeds in feeders in a grove of oak trees.

During ECM’s visit, we glimpsed red-winged blackbirds, goldfinches, and the property’s namesake, hummingbirds, flitting about. 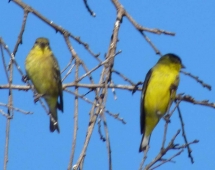 During our visit, the property was abuzz with human activity as well, serving as the thriving heart of this rural community.

Members of the Deerhorn Valley Community Association held a meeting to plan a Trunk or Treat Halloween activity for neighborhood children.  A potluck lunch followed 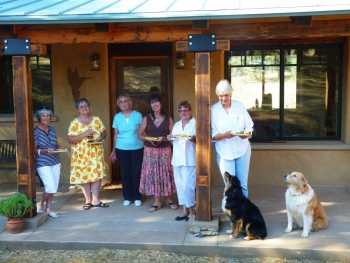 Afterwards, Iris Gardner from Primeval Farms in Potrero (www.dirtandveggies.com)  stopped by to deliver bags full of ripe, locally grown produce.  She runs the farm when her husband, a Navy Seal, is on deployment.

Under a community-supported agricultural program (CSA), she delivers the produce here for neighbors in Deerhorn Valley to pick up, each paying a monthly fe 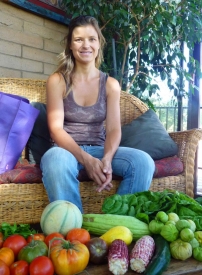 e to savor items ranging from heirloom tomatoes to red corn and fresh, leafy greens. (Find a CSA in your area here: http://www.localharvest.org/csa/)

Sounds of construction emanated from the west side of the property, where a new storage shed is being built to house equipment still open to the elements since the fire, which scorched to within a few feet of the main house. 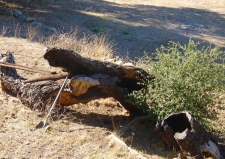 y, a charred oak stump stands as a reminder of the devastating wildfire that left many in this community homeless and changed the lives of all who live in this backcountry neighborhood southeast of Jamul. 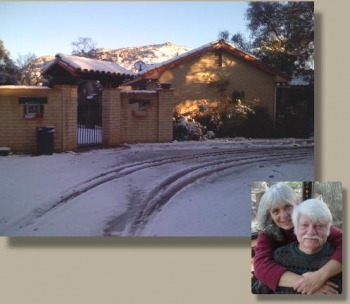 Since the fire, the homeowners have weathered the seasons in Casa de Colibri and now, Estudio de Colibri with grace and generosity of spirit, sharing with neighbors even as they faced their own challenges.

For Hamilton and Deason, the fire that scorched much of their property brought painful losses, but also the opportunity to create something beautiful—a new studio risen from the ashes like the proverbial Phoenix—built with the generous help of loving friends, family and neighbors.

“What doesn’t tear you apart, brings you together,” Hamilton says of the experience.