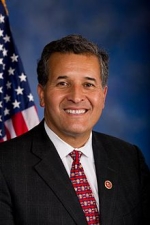 July 11, 2014 (San Diego's East County) – Today, Representative Juan Vargas (CA-51) introduced House Resolution 663, expressing the sense of the House of Representatives on the current situation in Iraq and the urgent need to protect religious minorities from persecution by the Sunni Islamist insurgent and terrorist group – the Islamic State in Iraq and Levant (ISIL) – as it expands its control over areas in northwestern Iraq.

“Freedom to worship your religion of choice without fear of persecution is an American cornerstone and we must do everything in our power to protect that right across the globe,” stated Rep. Vargas.  “It is deeply concerning that ISIL is targeting Iraqi Christians and other religious minorities.  It is our job, in Congress, to ensure that this issue is brought to light and that religious minorities are provided the safety and security they so desperately need.  Without immediate action, thousands could be left to face violent acts in a crisis that is sure to only worsen.”

Iraq is currently embroiled in a political and religious insurrection stemming from an ISIL-led offensive that began in the Anbar province and has spread to locations such as Mosul, Tikrit and Samarra, engulfing the region in violence and instability.  Iraq’s population is approximately 31.3 million with 97 percent identifying themselves as Muslim and the approximately 3 percent religious minorities including Christians, Yezidis, Sabean-Mandaeans, Bahais, Shabaks, Kakais and Jews.  Over 500,000 people have been displaced by the current situation in Iraq and reports have surfaced of targeted harassment, persecution and killings of Iraqi religious minorities by ISIL with little to no protection from the Iraqi government and other security forces. 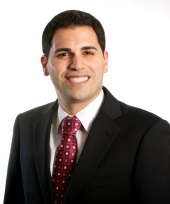 “We stand as witnesses to a humanitarian crisis of immense proportions within Iraq and the greater region,” said Mark Arabo, a spokesperson for the Iraqi Chaldean community in San Diego County.  “The plight of minorities within the region has gone unanswered for far too long.  The displaced have gone unrecognized and the persecuted have gone without help.  With the assistance of Congressional leaders like Juan Vargas, the voiceless have a chance of transcending the bipartisan divide.  As a representative of a minority group being displaced by the fighting in Iraq, I call upon Congress to stand by the virtue of good-will.  We must ensure that Iraqi minorities not only survive, but that they are given the chance to truly live.  We remain steadfast in our fight and firm in our belief that we can bring change to the institutional framework of Iraq's newly constructed government and the lives of its newly enfranchised minorities.  It is only here in America that we have the ability to be agents of change on a global level.”

The resolution reaffirms the House of Representatives’ commitment to promoting and protecting religious freedom around the world and providing relief to minority groups facing persecution.  In addition, the resolution calls on the United States Department of State to work with the Kurdistan Regional Government, the Iraqi Central Government, neighboring countries, the diaspora community in the United States, the United Nations High Commissioner for Refugees and other key stakeholders to help secure safe havens for those claiming amnesty.  Furthermore, it requests the addition of a Special Representative for Religious Minorities to be included in Prime Minister al-Maliki’s newly reconstructed government.  Lastly, it urges the Administration to expedite the visa processing for Iraq’s minority groups and to lift the quota cap for Iraqi-Christians in order to streamline the process of accepting refugees.

Mark Arabo is a community and business leader throughout California. He is a national spokesman of the Iraqi Christian Minority. He lives in San Diego, California and has engaged in recent dialogue with President Obama and Nouri al-Maliki concerning security issues within the country.

Great work Congressman. Now that you have introduced House Resolution 663 I am sure everyone will lay down their arms and end this 1400 year old war. Maybe you could then enroll them in Obamacare.