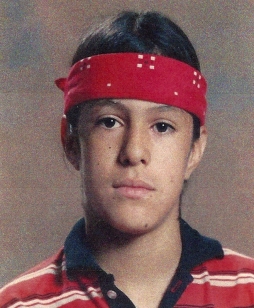 Santa Ysabel resident Angela June (Sortore) Christman  has traveled a long road of frustration that ended in heartbreak on August 10th, when Detective George Chrysler of the San Diego Sheriff Department gave her the bad news that her long lost son, Shawn “Lone Wolf” Christman (known to his friends as “Coyote”), had drowned in Lake Michigan in 1993.  His body was laid to rest as an unidentified John Doe in a pauper’s grave outside of Chicago, Illinois in 1994.

For Angela, the tragedy was particularly poignant, since she had endured the death of Coyote’s younger brother, John the Baptist Daniel Christman, who drowned in 1981 after falling into the La Jolla River when he was two years old.

Angela remembers Coyote, born in 1973, as being a free spirit. “He was kind of a fun kid, he was big spirited, and had a lot of friends. And he was a bit of a hippie,” she says, chuckling at the memory. “And he loved The Grateful Dead rock band.” She recalls one time that Coyote asked his mother to cut her very long hair because he told her, "'You look like a hippie,’” Angela recalls. “He ended up being one!”

Angela admits that Coyote “got into things that he didn’t need to.” He at one time almost ended up overdosing on drugs. Then he got into a “massive fight” with Angela which landed them both in jail.  After he was released, he returned to his uncle’s house in Alpine on the Viejas reservation and soon thereafter left, not to be seen again.

Coyote loved The Grateful Dead so much that one day in 1991 he picked up and followed the band to their concerts. He sold macramé belts and plant holders and other items to support his wanderlust lifestyle. Angela at first would receive at least one call a year from him. “The call would sometimes be on Mother’s Day or birthday, but he would call,” she says.

“For the first few years I hoped that he found a life that he liked and stayed on somewhere. As the months went on, they turned to years. I began to worry that all was not right,” Angela recalls. She eventually contacted a sheriff’s deputy at the Julian Sheriff Substation. “He asked me a few questions, jotted down a few notes, but he never followed up my concerns,” Angela says. Another contact with a deputy at the Ranchita Sheriff Substation in 2009 didn’t go any better.

Yet, four years later, still on a mother’s spirited mission to find her son, Angela received a different and positive reaction from Deputy Joe Maes of the Ranchita Sheriff Substation. “Finally, I was able to get a Sheriff Deputy to hear my story and actually take a real report,” she recalls. “I wasn’t being tossed aside.” 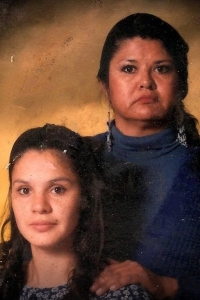 Years after he went missing, Angela was contacted by a few of Coyote’s travel buddies who he met along the way. She found out that they would travel in a van to the Grateful Dead concerts around the country ending up in Gary, Indiana.

That is when Coyote went missing.

Apparently on leaving his travel mates, Coyote went swimming in Lake Michigan near Chicago and ended up drowning on or about June 20, 1993 when his body was found washed ashore. Because no identification was found on Coyote’s body at the time, he was buried on December 7, 1994 as a “John Doe” in a pauper’s grave, known only as a government issued identification number at the Oak Hill Cemetery outside of Chicago.

In 2016, Sheriff’s Detective George Crysler took on the case of missing soul Shawn “Lone Wolf” Christman. After following various leads which involved cross checking fingerprint and other information with law enforcement agencies in Sacramento all the way to Quantico, Virginia – the home of the Federal Bureau of Investigation – Crysler made contact with the Cook County Coroner’s Office. That led to the positive identification of the remains of Coyote.

The anguish of not knowing the fate of her son for 26 years has not faded in Angela. “It’s like carrying your soul in your heart,” she reflects.

Angela has established a GoFundMe page to pay for Coyote’s remains to be exhumed from the cemetery in Cook County, Illinois, returned to Santa Ysabel for a funeral service, and then buried with other family members on the reservation. 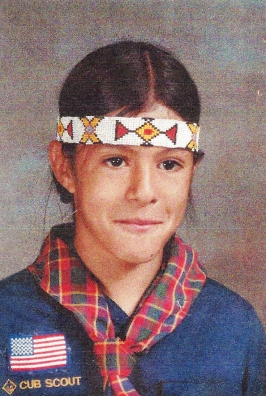 “I’m trying to find a way to bring my son back home. I would be very grateful to 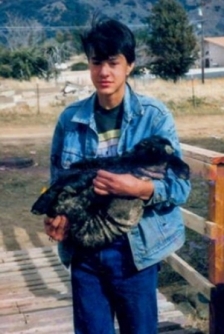 accompany his journey home,” Angela says, adding this message for her son whose life was extinguished far too young, so far away.

“I’m so sorry, Shawn, to have left you there so long. Your sister and I are trying to bring you home as soon as possible.”

You can make a donation at the “Bring Coyote Back Home” page on GoFundMe at: https://www.gofundme.com/492qpz4