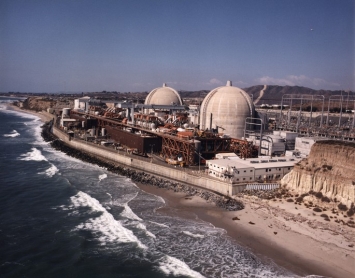 But Public Watchdogs issued a statement calling the settlement as a “disappointment for consumers” and a “victory for Edison” since wastes can be buried at San Onofre starting in January 2017 and kept there until at least 2035.

So is the settlement a victory or a loss for the millions of people who live within the heavily populated areas around San Onofre?  The answer remains to be seen, but the action does implement numerous oversight provisions that were lacking when the California Coast Guard in 2015 approved burying spent nuclear fuel just 100 feet from the ocean on a coastline with a known earthquake and tsunami risk.

Citizens Oversight, along with activist Patricia Borchmann, filed suit seeking to revoke that permit due to lack of proper public review, numerous ex-parte meetings and lack of technical considerations.

Under the settlement, a plan must be established including use of top experts in spent nuclear fuel transportation, nuclear engineering, spent fuel siting and  licensing, radiation detective and monitoring to advise  on proposed relocation.

Even with the agreement, however, moving the nuclear waste to a better location is not a done deal, since conclusions on an actual implementation plan will be determined by experts hired by Edison to investigate alternative sites including Palo Verde nuclear plants in Arizona run by Edison, as well as proposed consolidated interim storage sites in western Texas and eastern New Mexico. Other possible sites could include inland areas on Camp Pendleton or a location between San Onofre and Yucca Mountain along a rail line but far from population centers and geographic hazards.

The experts would develop a transportation plan and a plan for moving wastes using “commercially reasonable efforts.”  Reports at regular intervals could be monitored by Citizens Oversight so the public can be kept informed and if necessary, a court could be asked to enforce the deal, according to a Citizens Oversight news release.

Another “big win” in the settlement according to Lutz is a requirement that Edison develop an inspection and maintenance program, plus a written plan for addressing damaged or cracked canisters by 2020, sooner than under the Coastal Commission’s original permit.

But Charles Langley, executive director of Public Watchdogs, calls the settlement a “disappointment to Southern California residents who had hoped that the secret negotiations would result in removal of the waste to a safer location as promised at the start of negotiations,” noting that the lawsuit permanently resolves the case against the coastal commission and that thin-walled canisters are only guaranteed for 10 years.

He contends that the settlement oes not guarantee removal of wastes in the near future, relying on Edison to find alternative locations by 2035, and that even then, Edison could be off the hook if an appropriate offsite location can’t be found or is too expensive.  Langley also contends that the likelihood of an NRC-licensed nuclear storage facility being approved and built in the next 20  years is “near zero.” 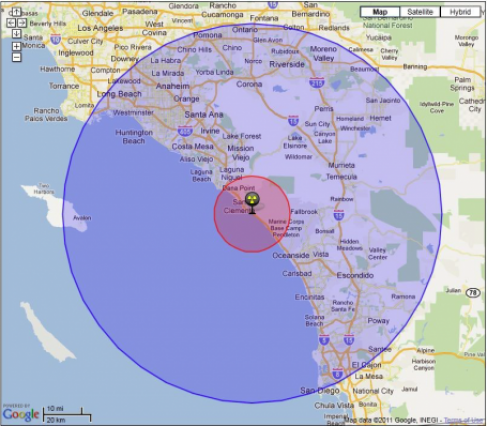 utz counters, “The settlement deal requires that Southern California Edison hire experts to plan the movement of the fuel to an alternative site and then implement that plan.  Plus it requirements they provide inspection and repair 15 years earlier than the permit requirement, and we will be getting reports of the progress  in completing the plan.”

Lutz says that in essence, "We will be working to solve this problem here rather than just ignoring it, like is being done everywhere else. This is an important step to take, even if we may not move the fuel instantly.  This is not about moving it because of NIMBY concerns,” the long-time consumer activist makes clear. “We need to find the least damaging place for nuclear waste,” adding, “and 100 feet from the ocean, near earthquake faults, a major freeway and rail corridor, tsunami risks, and 8.4 million residents is not the best place."

The stakes are high for all concerned. Should a nuclear disaster occurr, the long-term evacuation zone includes portions of multiple counties, including some communities in San Diego's East County.

Lutz concludes, "This is a heavy lift, and we need to all join in to support and promote this settlement as a way forward.”