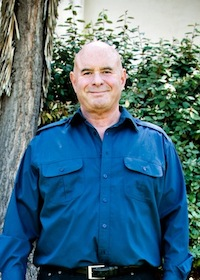 June 9, 2016 (San Diego)—Seven Assembly seats and one state Senate race in San Diego County were among those on the ballot Tuesday.   Under the rules for state legislative elections, the top two vote-getters in each race will advance to a run-off in November.

In a startling turn of events, the run-off in the 71st Assembly seat vacated by Brian Jones due to term limits will be between Santee Mayor Randy Voepel and jeweler Leo Hamel in November—despite Hamel announcing he was dropping out of the race shortly after the ballots were printed.

"In a “top-two” primary, the two candidates with the most votes advance to the General Election. The only way a candidate can be removed from the ballot is by dying or via court order. This must occur no later than 68 days before the election (Per Elections Code 8810)," Sam Mahood, press secretary for Secretary of State Alex Padilla told East County Magazine.  San Diego Registrar Michael Vu confirmed that state election code provides that Hamel will be on the November ballot, once the results are officially certified.

The district spans two counties. In San Diego, Voepel got 61%, Hamel 27%, and businessman Tony Teora 12%.  In Riverside County, the placement order is the same, though Teora had 14% there.

“I am surprised and disappointed,” Teora told ECM.  Noting that talk show host Carl DeMaio endorsed Hamel after Hamel announced his withdrawal on his show, he added, “To me, it shows the whole sham of the system.

In the race to replace retiring State Senator Marty Block, fellow Democrat Toni Atkins, former Assembly Speaker, received 66% of the vote and will run off in November against Republican John Renison, who had 18%.

In the 75th Assembly District in northeast San Diego County and Temecula, Republican Assemblymember  Marie Waldron has 60% and will run off against Democrat Andrew Masiel Sr., who has 40% in San Diego.   This district includes part of Riverside County, where Waldron has 64%  with some mail-in and provisional ballots still to be tallied.

Assemblyman Rocky Chavez, a  Republican, ran uncontested in the 76th Assembly District in North County, winning reelection with 100% of the vote.

Republican Assemblyman Brian Mainschein in the 77th district got 58% of the vote and will run off against  Democrat Melinda Vasquez at 42%.

In the 78th Assembly District, San Diego Councilman Todd Gloria, a Democrat, received 72% of the vote over Republican Kevin Melton, who had 28%.

Democratic Assembly member Shirley Weber, whose district includes portions of San Diego as well as La Mesa and El Cajon in East County,  took 64% over Republican John Moore at 36%  in the 79th district.

Assembly member Lorena Gonzalez, a Democrat, took a resounding  73% of the vote and will run off in November against Republican Lincoln Pickard, who had 21%.