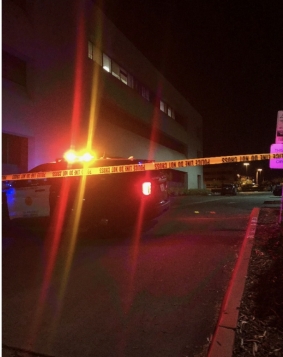 Update January 20, 2023: The victim has been identified as Mary Ellen Carter, 66, of Lakeside. The shooting suspect was Frank Bower, pharmacist.   The officers involved in the shooting were  Officers Salvador Laurel-Torres and Robert Raynor.  Officers Laurel-Torres and Raynor have been employed with the San Diego Police Department for seven years. Both officers are currently assigned to Eastern Division. As in all officer-involved shootings, the officers in this case are currently on administrative assignment until cleared to return to full duty.

January 18, 2023 (San Diego’s East County) – A man suspected of fatally stabbing a woman at a pharmacy in the College area was shot and killed by San Diego Police at a home in Crest yesterday.

San Diego Police Department (SDPD) responded to a call shortly after 4 p.m. reporting a stabbing in the 5500 block of Reservoir Drive near Alvarado Hospital Medical Center. Officers found a woman with multiple stab wounds. She was not breathing and was taken to a hospital, where despite CPR efforts, she died.

10 News reports that SDPD has indicated that a preliminary investigation found that “it appears the suspect and victim were either co-owners or employees of the business where this incident occurred.” It is not yet known why the suspect attacked the victim.

SDPD officers found the suspect, 77, at his home in the 800 block of La Cresta Blvd. in the Crest neighborhood in unincorporated El Cajon.  After an altercation between officers and the suspect, bean bags were deployed but proved ineffective, the San Diego Sheriff’s department told 10 News.

According to Sheriff’s officials, the suspect “reached for what appeared to be a shotgun from inside his vehicle” and was shot by two SDPD officers around 5 p.m. yesterday.  Despite life-saving efforts, the suspect died at the scene.

Names of the suspect and victim have been withheld pending notification of family. 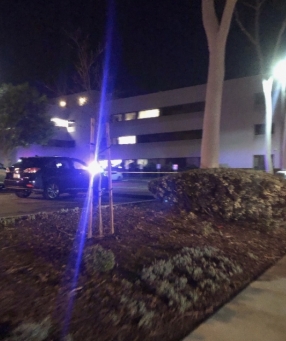