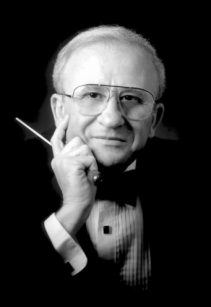 April 9, 2018 (San Diego) -- As both the Christian and Jewish communities celebration of their holiest time of the year is coinciding with one another this year, the Tifereth Israel Community Orchestra is joining forces with the voices of the East County San Diego Mormon Chorale in a landmark concert featuring the world premiere of an orchestral cantata written for cantor, choir, and orchestra called “Unetofah Takef” (Day of Reckoning) written by John Michael Luther. The performance features shofar (ram’s horn) virtuoso, Steve Ovitsky.

Under the baton of Dr. David Amos, the concert will take place at the Tifereth Israel Synagogue on Tuesday, April 10th at 7:30 p.m. The synagogue is located at 6330 Cowles Mountain Blvd., off Navajo Road, near La Mesa.

According to Amos, the composer took the text from the Jewish high holiday Musaf service and was deeply touched by it. “He was deeply touched by its true awesomeness, relevance to everyone, and the emotional message,” he said. “He consulted with a rabbit for the Hebrew pronunciation, where the accents fall in relation to the music and its impacting significance,” Amos said.

Amos also pointed out the performance itself brings about an unexpected combination of a 75-piece synagogue orchestra, an intensely Jewish subject, a shofar player, a Protestant composer, and a Mormon choir.

John Michael Luther has composed, published and recorded numerous works for choral groups, chamber and wind ensembles, electronic media, voice, and symphony orchestra. His music has been performed by members of the Los Angeles Philharmonic Orchestra; Philadelphia Orchestra; San Diego Symphony Orchestra; Metropolitan Opera, Polyphony Voices of New Mexico and the Santa Fe Desert Chorale. He holds a Bachelor of Theology Degree from Life Pacific College in Azusa, California, a Bachelor of Arts Degree and a Master of Music Degree in Composition from California State University, Long Beach. For many years, he was a studio musician in Los Angeles. 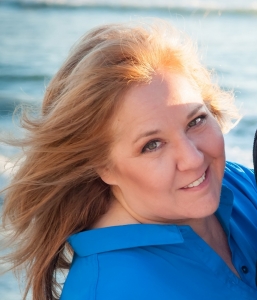 Marilyn Harris-White, music director and conductor of the East County San Diego Mormon Chorale said, “It is a joyful experience to bring people of different faiths together for such an event. It fosters unity, respect and strength in our community.”

Besides the cantata, other musical works will be Rossini’s “William Tell Overture,” several music pieces presented by the East County Mormon Chorale under the direction of its musical director and conductor, Marilyn Harris-White, including a chorus from Georg Friedrich Handel’s choral work, “Judas Maccabeus,” and a selection from Josef Handel’s “The Creation.”

Tickets for the concert can be purchased at the door or online at https://secure.acceptiva.com/?cst=21d349.