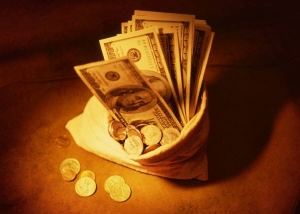 This highlights a growing nationwide problem identified in a September 6, 2014  Washington Post story that revealed seizures of over $2.5 billion in cash by law enforcement in recent years--sometimes from innocent bystanders.

A Virginia motorist and restaurant owner whose business involves cash transactions was pulled over for a minor traffic infraction with no drugs involved; officers seized over $17,000 in cash, causing the man to lose his restaurant, the Washington Post reported.

There is strong incentive for local law enforcement to seize your cash, since in cases turned over to the federal government, local or state agencies are allowed to share in the gains, keeping 80%, while the federal government takes 20% of cash or other assets seized, Arizona Law Review has reported.

Post 911, Homeland Security urged federal, state and local law enforcement agencies to be more aggressive in searches, leading to seizure of hundreds of millions of dollars in cash from people not charged with crimes.  The legal battle to get cash returned can be costly, making the victims losers even if a portion of the cash is ultimately returned.

Under federal forfeiture law, “innocent owners can have their property seized when it is used by someone else to commit a drug crime without the owner’s permission or knowledge.”

The policy started with the war on drugs, when Congress passed the Comprehensive Drug Abuse Prevention and Control Act of 1970. This was the first time that forfeiture of property from a drug offense, or a theoretical drug offense, was codified.

The theory was to punish drug dealers and prevent them from enjoying the fruits of their labor. Originally it was limited to the drugs themselves, manufacturing, storage and transportation of drugs.

In time this was also expanded to money and other financial instruments. It also was expanded into a system where federal authorities and state authorities can share in the seized goods.

The burden to take goods was previously on the government to prove probable cause, which is the lowest of standards for the state to prove. When the Civil Assets Forfeiture Act (CAFTRA) was enacted in 2000, the test was raised to “preponderance of the evidence.”

Still, the system provides law enforcement with a perverse motive to confiscate property since 80 percent of those who lose their property never challenge it. Even when owners do challenge the laws, local agencies can turn the drug case over to the federal government and keep the majority of the seized assets.

In California the issue is rife with problems, and the American Civil Liberties Union has urged municipalities to curb actions. For example, in 1999 they urged Sacramento city officials to reject a proposed ordinance that would allow police to seize, claim and sell the vehicles driven by people accused of using them to solicit prostitution or buy drugs, even if those charged were later found innocent.

The Arizona Law Review concludes, “The war on drugs is at an all time low in popularity. It is time to reform laws and not to encourage law enforcement agencies to continue these practices.”

Moreover, the legal article states, when police take money from people knowing that victims rarely take steps action to recover their property due to the prohibitive cost of legal action, this reduces trust between law enforcement and the people they are supposed to serve.

For the first time in history the law enforcement budget in San Diego County, just the County itself, is 1 BILLION DOLLARS. What do you think they are doing with all that money? Long live Big Brother.