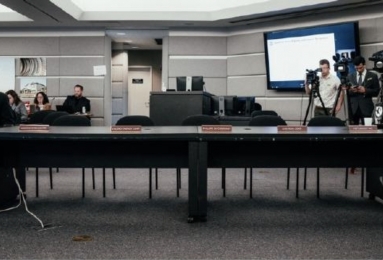 November 30, 2022 (San Diego) – Here’s some news to brighten your holiday season: the average price for regular self-serve gasoline in San Diego County has dropped below $5 a gallon, to $4.98.  That’s the lowest since early March -- 21.6 cents less than one week ago and 62.4 cents lower than one month ago, though still 31 cents over a year ago.

The drop coincides with a hearing held today by the California Energy Commission on the record gas price spike earlier this year, which resulted in record profits of $63 billion for oil companies in just 90 days, the Governor’s office reports.  Experts called for new transparency and accountability regulations to help prevent oil companies from price gouging in the future.

Nationally, price hikes were due in part to supply chain issues and the Russian invasion of Ukraine that disrupted gas supplies. But those factors don’t account for the whopping price increases in California.

The major oil companies refused to testify at the state’sEnergy Commission hearing, which was held after the Commission requested written responses to questions about price spikes despite the cost of crude oil going down – questions that the companies largely failed to answer in writing.

Governor Gavin Newsom says, “Every Californian deserves to know why we were being fleeced at the pump even as gas prices declined across the country and crude oil prices were going down. The oil industry had their chance today to explain why they made record profits at our expense but they chose to stonewall us. That’s because they have no explanation – big polluters are lining their pockets while they cause financial pain for millions of California families and threaten the very future of our planet.”

He adds, “With the Legislature’s support and engagement, we’re going to hold these companies accountable with a price gouging penalty that will deliver relief to Californians.”

At the hearing, experts laid out the unprecedented divergence between California’s gas prices and prices across the country and that periodic price spikes have intensified in recent years, disproportionately affecting low- and middle-income families. However, with the oil refiners’ absence at the hearing, commissioners were unable to get adequate explanation for this year’s price spike.

Governor Newsom is calling a special session of the Legislature on December 5 to pass a price-gouging penalty on oil companies that choose to rake in excessive profits at the expense of Californians.

Governor Newsom has taken action to lower prices at the pump, ordering the switch to winter-blend gasoline and demanding accountability from oil companies and refinersthat do business in California, leading to record relief at the pump for consumers. Since California’s record-high gas prices of $6.42, the Governor’s actions have helpedreduce those prices to $4.99 most recently – a decrease of $1.43 since the peak.

Locally, gas prices in San Diego County have dropped for 19 straight days since hitting a record high of $6.43 per gallon on October 5, according to data from the Automobile Association of America (AAA) and the Oil Price Information Service.

Nationally, prices have also fallen, by 31 cents for 21 consecutive days. The national average is now approximately $3.50 per gallon of regular unleaded gas, down 26.6 cents in the past month, but still up 10.5 cents over a year ago.

West Coast prices were higher to begin with, in part due to the further distance needed to transport gas from many sources, but also due to California’s gas tax.

But the drop of $1.43 per gallon from October 5 to now is good news for consumers at a time when inflation has pushed costs of many goods upwards, with more relief likely as the Legislature probes the need for new regulations to restrict price gouging by big oil companies.

Just love how all these gouging crooks all stick together. This failed ,corrupt Governor should have been taking these crooked companies to task YEARS AGO with their BS -twice a year gouging for Summer/ Winter blend switches and the" always present "refineries shut down for maintenance or a convenient fire that seems to always happen right before big holiday weekends. These gas companies gouge with impunity here in California because I'm sure the oil companies campaign contributions to Democrats grease those skids. Simply, they do it because they can. And they flip us the bird when we call them in to explain or justify it. Your move Newsom. Now what are you going to do?? Newsom's profit tax on them is pointless as they will just raise their prices more to cover that. The cost of doing business in CA.