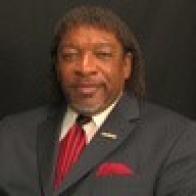 December 17, 2016 (San Diego) -- It was a crisp Los Angeles day in the spring. I had a press pass and a special pass to park in the press lot. Humping my crew and equipment into the Coliseum was still a task that brought cool sweat to my forehead.

Busloads of people were arriving and long throngs of pedestrians were converging and arriving in an expanding sea of people. There were people of all age groups arriving. One could not help but notice the large number of young people; they were excited. T-shirts flew off of the display stands. People clung on to me when they saw my press pass and wanted to share their opinions. I could barely carry my equipment and get signed in.

This was a Los Angeles Bernie Sanders event.

Once inside, I met my press contact and got a very nice seat right near the stage. While setting up my equipment, it did not take long for the coliseum to fill up. Imagine, 30,000 people inside. The atmosphere was electric, celebratory. We all loved Bernie and to see older progressives, celebrities, young people…all cheering, clapping, smiling…lifted my heart.

My mind began to race. The possibilities were powerful. Optimism, was high. Even without as much comparative press coverage and celebrities to attract attention, this crowd was huge. 10,000 people, including busses from Las Vegas had to be turned away and impromptu rallies erupted in the parking lot.

Bernie’s delivery was electric and motivational, as usual. I had watched Bernie for years on the Thom Hartmann show on Free Speech TV, each Friday. I knew what kind of man he was and finally, someone was speaking my language as opposed to the Neo Liberal “I feel your pain, now, here is some more.” Finally, someone was addressing poverty and injustice; student loans and war hawk imperialism.

These feelings of optimism were greeted in short order with the crony politics of the Democratic Party. A party dominated by leaders who believe that they know better than the grassroots. A party that has clubs that endorse candidates before the primaries then, inhibit campaigning of grassroots candidates that are not on the inside. A party leadership that prevents candidates that have not been endorsed by them from distributing literature to their base, once they make an endorsement, before the primaries. The Bernie movement was stopped by political engineering.

This is not the first time Democrats devastated the hopes of those of us on their left. In his book and movie THE UNTOLD HISTORY OF THE UNITED STATES, Oliver Stone with Peter Kuznick wrote this: “(Vice President) Henry Wallace had incurred the wrath of party (Democratic) conservatives by calling for a worldwide “people’s revolution,” toward which end the United States and Soviet Union would work together, and by championing the cause of labor unions, women, African Americans, and the victims of European colonialism. His enemies included Wall Street bankers and other anti-union business interests, southern segregationists, and defenders of British and French colonialism.” These groups flocked to the Republican Party during the Southern Strategy period.

Although Wallace was the people’s choice, the party leadership interfered and put Truman on the ticket with President Roosevelt. Roosevelt and Truman won the presidency and with Roosevelt’s death in 1945, Truman ascended to the Presidency.

Truman, was a racist and failure at business; the KKK rejected him when he applied due to his support for Catholics. This obscure, weak man ended up with his finger on the atomic trigger and the left began its long descent into losing power. The ruling class was determined to undo all of the gains made by the New Deal, as Professor Richard Wolff describes so well.

Democratic leadership failed to identify that one of its main goals was to defend the gains made by the New Deal that buoyed poor and middle class Americans. This election of 1945 is similar to the election of 2016 in this respect.

Hordes of poor and middle class whites voted for Trump including women who abandoned Hillary. Many young white males abandoned the Democratic Party to vote for Trump to avoid what they perceived as more of the same neoliberal nonsense, right of center.

The apathetic just stayed away and that accounted for nearly 50% of the electorate. Even though most voters identify with the Democratic Party, the party has not remained loyal to them and they perceive that the party has abandoned its’ most intrinsic values.

Instead of embracing a candidate that spoke out against corporate tyranny, a perceived corporate insider was chosen (Hillary Clinton) over a revolutionary (Bernie Sanders). Had Bernie Sanders run as an independent and Donald Trump won, he would have been accused of spoiling the election for Hillary. I cannot help but think that if the nation had heard Bernie’s positions, he would have won in a landslide and driven voter turnout to record levels. His message resonated with the young of all races and income levels. This fact can be observed at all age levels based upon the attendance at his rallies.

The Democratic leadership failed to understand that this was a revolutionary referendum. As a result, the corporate media had a field day promoting THEIR candidate, Trump.

One cannot escape this fact when we see how frequently Trump was featured on lame stream media shows.

The Democratic Party was soundly defeated on both a state and national level. The Republicans now control the judicial, legislative and executive branches of government on the national scene as well as many state governments.

In view of this, there is a silver lining. Historically, the policies embraced by conservatives cause massive failure of the economy, world peace and domestic well-being.

Millions of people are going to lose their lives as a result of the conservative victories.

There will be wars. We will have more regime change and spread democracy movements. There will be more support for Palestinian apartheid and economic support of Communist China while Communist Russia, Cuba, Haiti and other 3rd world pawns are demonized for lack of human rights.

There will be more mass incarceration. Privatization will result in removal of regulation and safety. Poverty and crime will increase as previously incarcerated people will become part of the “Get tough on crime” fallacy as well as the “Law and Order” police militarization movement as opposed to the “Get Smart on Crime” movement.

So, you must be thinking, where is the silver lining. I reiterate, conservative policies have failed historically. While the Democrats have an uphill battle, proper management and insight of the powerful assets at hand present an amazing opportunity.

By taking these steps, progressives can prevail in future elections.

Fear operates on both the hero and the coward. The hero is motivated to do something while the coward is depressed and cowers. The time for cry ins and bemoaning election results is past.

As I watched the election results pour in last month, ice water flowed through my veins as my greatest fear was realized with a Trump victory. I could not watch the news for many days. The ice water was replaced by hot rage and a sense of resolve.  Action must be taken if the Democratic Party is to survive. Voices are emerging from the left that threaten to further split progressives. The “Alt Left” is impatient and furious. Let’s hope that Democratic Party leadership recognizes this and takes action to harness the energy as opposed to being relegated to an irrelevant position.

Here is a list of resources that can be used to educate and assuage corporate media brainwashing:

Bum,
You misspelled twenty five percent of your sentence.