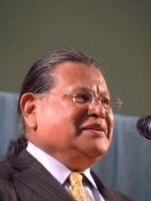 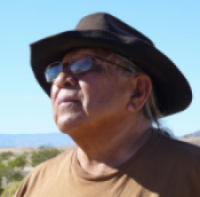 Tribes had argued that the project would cause irreparable harm in an area that includes a cultural and “spiritual landscape” of religious significance.  The cultural landscape includes 22 sacred sites recorded with the California Historical Resources Information System at San Diego State University.

Approximately 2 million acres of California desert lands are under development for renewable energy through 200 separate projects, according to the 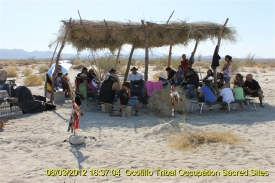 U.S. Environmental Protection Agency, which has proposed putting projects on already polluted lands such as brownfields instead.  But tribes argue that the BLM was swayed by developers’ money, “driven by apparent economic interests” while failing in the agency’s duty to protect cultural resources.

The NAHC informed Imperial County back in 2010 that there were sacred sites in the area of potential effect and sent a follow up letter in August 2011, yet the county “never contacted the NAHC to inquire about the sacred sites that were identified in the project area,” the report reveals.  These are sites in the NAHC Sacred Lands Inventory, not sites recently submitted merely to stop the project, the NAHC report points out.   Nor did the California Public Utilities Commission, nor the Bureau of Land Management.  In October 2011, the chairman of the Southern California Tribal Chairmen’s Association representing 19 tribes also sent a letter to the BLM’s California director criticizing the process and inaccuracies in the environmental documents. 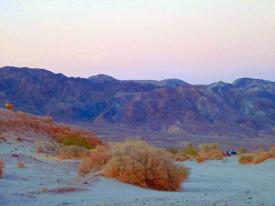 The report adds that “no meaningful consultation” occurred to resolve tribal concerns as agencies faced a fast-track process with a deadline to have the wind facility operational before January 1, 2013 in order to get federal tax subsidies for the developer.

The report notes that even tribes that have supported wind projects elsewhere may not support Ocotillo’s wind project; for example the Manzanita Band of the Kumeyaay Nation’s tribal consultant coordinated the forensic dog team searches that found numerous additional ancient Native American human remains on the site in May and July 2012.

The BLM and Pattern also denied tribes’ request to use forensic dogs trained to find ancient remains, even though the State of California has utiliz 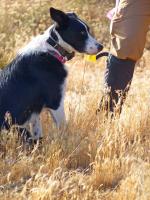 ed the canines and deemed them reliable. Pattern refused to fund the survey and the BLM refused to require it.

Although ultimately confirmation was made by the Imperial Valley Coroner of numerous ancient remains “the remains were not re-buried; they are still on the surface of the ground,” the report states, evidencing this further desecration of tribal members’ ancestors.

The report takes to task the project archaeologist, Tierra Environmental Services of San Diego, hired by Pattern Energy. Even after discoveries of the remains in May 2011, the Coroner did not receive the report of this find until August 2011 indicating the remains were likely ancient Native Americans.  The report was delayed by Tierra for “unexplained reasons.”

The NAHC report concludes that “it is significant that no final archaeological report was authorized and prepared by the lead agencies until late in the environmental decision-making process of both the Bureau of Land Management and the County of Imperial. Therefore, such reports were not available to decision-makers in order to advise them.”

A lawsuit filed by Quechan sought a temporary restraining order, which was denied; their suit continues to languish in the court system.  Letters from tribal leaders of Viejas and Quechan to President Barack Obama voicing concern about “rough-shod trampling of Native American governmental rights and cultural concerns” from fast-track projects such as Ocotillo Wind Express were never addressed.

The NAHC asks if “whenever the federal government  has a project on a fast-track, and in the interest of national defense (as all the large-scale renewable energy projects are considered) that tribal governmental rights, rights to religious freedom, and the protection of cultural sites, honored and revered by the country’s  American Indian tribal governments, can be trampled upon, and ignored.” 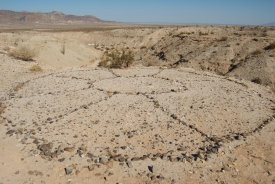 The commission finds that the spoked wheel geoglyph in Ocotillo, already on the National Register of Historic Places, is clearly a ceremonial site and that the standard of “multiple remains” identified by the coroner meets the state standard for protection.

The commission further finds that “the BLM and the County of Imperial have not shown clear and convincing evidence that the destruction of this site is in the public interest and necessary and alternatives were available but not studied or selected.”

The commission recommends that the federal government and corporations involved, including SDG&E and Pattern, “provide mitigation measures that are meaningful to affected tribal nations here and on other renewable projects.”

If the BLM and the County of Imperial reject these mitigation measures, the NAHC report concludes, “The Commisison requests that the California Attorney General file suit on behalf of the Commission to prevent further severe and irreparable harm to Native American Cultural sites.”