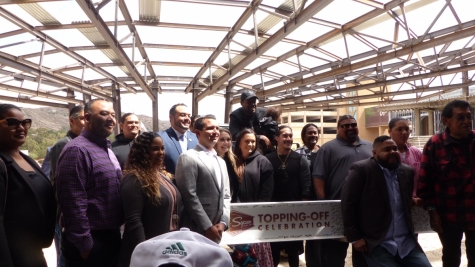 May 24, 2018 (Sycuan) – The Sycuan Casino held a topping off ceremony on Tuesday to celebrate placement of the final beam at the 12-story, 300-room hotel and resort slated to open in March 2019.

Sycuan Tribal Chairman Cody Martinez thanked tribal elders and members, the executive team, and Swinerton builders.  “It really is a collaboration,” he said, calling the tribe’s achievement “a family effort--everybody bringing together the vision of what it is going to take to bring Sycuan to the next level.”

The hotel will create 700 new jobs for the community, Chairman Martinez said. 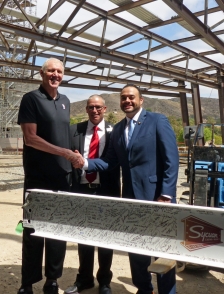 The event, attended by community VIPs including former NBA Superstar and Sycuan spokesperson bill Walton, opened with a tribal blessing by Tribal Elder George Prietto. Next, the Sycuan Bird Singers performed.  “When we sing these songs it’s usually the beginning of a journey,” the Chairman noted. 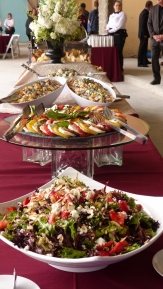 Tribal members lined up to sign the final beam, after which it was hoisted into place atop the high-rise hotel by a crane sporting the American and Sycuan tribal flags, drawing applause and cheers.

Upon completion in March, the resort will include an  adult pool with swim-up bar, kids pool,  gardens including a 420-foot-long “lazy river,” new restaurants , spa,  60,000 in additional gaming space, and a spacious 11,401 square foot ballroom that can double as concert hall seating 1,200 or banquet room  with capacity for 700. The $226 million, 500,000 square foot project is slated to o 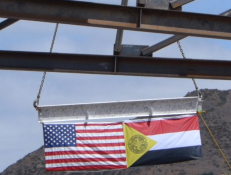 The $226 million project broke ground in March 2017 and is the latest addition to the tribe’s business ventures that also include the Sycuan Casino and the Sycuan Golf Course, both on the Sycuan reservation in unincorporated El Cajon, as well as the U.S. Grant Hotel in downtown San Diego. 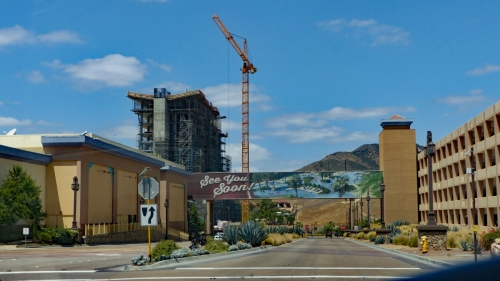 Photo, below: Illustration of the hotel and resort 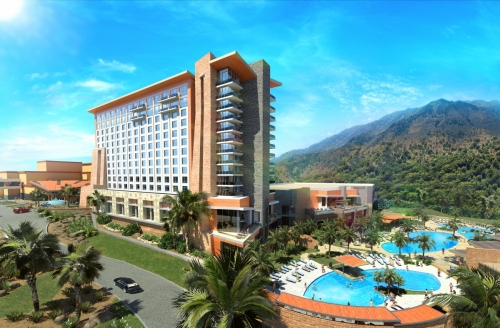