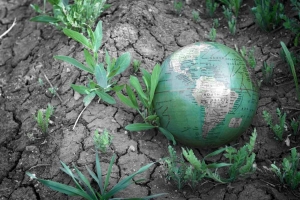 April 3, 2015 (San Diego’s East County) – The Governor’s order imposing mandatory water cuts of 25% statewide amid this fourth year of drought has prompted media reports asking why water-hogging uses are still being allowed.  With wells running dry, farmers’ fields lay fallow and ordinary Californians are being asked to conserve water, should many millions of gallons of water use be allowed for fracking by oil industries, major energy and development projects?

Fracking by oil companies used 70 million gallons last year in California, Reuters reported, or about 100,000 gallons for every fracking well.  While not all of that is drinking water and some is later cleaned up for reuse, concerns remain.

East County residents have objected to massive water use by SDG&E’s Eco substation, which used over 90 million gallons of water, and to Soitec’s proposed solar projects which an SDSU hydrologist predicted could destroy the ecosystem and drain groundwater resources beyond what could be replenished by rainfall.

The Reader asks why water use hasn’t been a key issue in the debate over One Paseo, a proposed 1.4 million square foot development in Carmel Valley to f4eature residential, office and retail space.  The same issue applies to development proposed in Mission Valley and to any proposed football stadium for the Chargers.

After all, the Reader notes, the United States Geological Survey and scientists from Cornell and the University of Arizona last year published a prediction that the odds are 50 percent that the southwest will have a drought lasting a decade or more and 20 to 50 percent that a mega-drought lasting up to 35 years will occur in the next century.

Close golf courses. They are major water users. I don't waste or use excessive amounts of water.