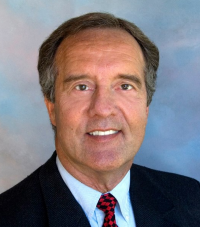 Why are you running for Council?

For the past 30 years I have worked with numerous Charities, service organizations and youth groups.  Some of these include San Diego Food Bank, San Diego Blood Bank, The Red Cross, Students at SDSU, a variety of Churches and both Boy Scouts and Cub Scouts.  Currently I am a Cub Scout Den leader.  Much of my involvement with these groups were concluded last year and I was looking for more opportunities to work and serve our community.  I had served on the La Mesa planning commission in the past so I started to look into boards and commissions with the city.  Being friends with Ernie Ewin for the past 35 years, I have been aware of how hard he has worked for the city and what he has accomplished.  He informed me that he was not going to run for reelection and that I should consider running for City Council.

What are your most important qualifications, skills or experience?

As a result of running a business for over 30 years, I know how to follow a budget, work with employees and market my company.  I have been in charge of dozens of executive committees that have included scheduling blood drives, food drives, service for the homeless, cleaning our parks and lakes, helping the elderly with home maintenance and a variety of other service projects.  Living in La Mesa for over 50 years, I have many contacts and can continue to rally groups and individuals to help in the city.  I have been criticized by some for not having experience in politics or serving the city.  I am new at being a politician, not new to politics.  For over 35 years my wife and I have walked precincts, made phone calls and actively supported these running for political office that we have endorsed.  With the approval rating of “politicians” around 25%, I would think city residents would prefer a businessman instead of a Politician.  Serving the city does not mean you have to be on a commission or board.  I have worked with and helped hundreds of residents in the city by serving with the above mentioned groups.

What does leadership mean to you?

Be an example by being the hardest worker and have the ability of encouraging others by giving them a vision of what we are trying to accomplish.  Always listen and be willing to accept new ideas.

Redevelopment and infill are major issues in La Mesa, which is built out.  What’s your definition of “smart growth” for the city?

Does it fit in with our city?  Does it need to be built?  What benefits would it bring?  Those would be the first questions.  Pedestrian and bicycle friendly would be good to focus on as well.

How important is sustainability and/or addressing climate change issues at the city level?  What would your priorities be?

My priority would always be safety first.  Smart buildings are great ideas as they maximize energy usage.  Recycling, I believe, is an easy and effective way that almost everyone can be involved.

What are your views on the value of the General Plan and ordinances, such as height and density limits? Should these be negotiable and what circumstances, if any, could you envision warranting exceptions?

The problem I see with granting a variance to the general plan is where would it stop?  If it is granted to one development, what is to prevent another land owner in La Mesa from requesting on for him.

How important is preserving the historic character of the downtown village vs. accommodating future growth?

We have a wonderful rarity in our downtown.  It is unique in all East County and should be preserved.

Should the city work to create a new civic center and city hall—and what is your vision for the major undeveloped lands the city owns, such as the former police building?

I would love to see a civic center in La Mesa.  However, I don’t think the money and funds are there.  We have a city hall.  Outdated, yes.  Functional, yes.

Do you have any specific ideas for the Grossmont Center in the future?

I hope we will always have a mall at that location.

What financial experience do you have, and what will your budget priorities be? Do you have any specific ideas on cutting expenses or raising revenues?

In addition to managing my business budget, I have also been responsible for the finances of some of the groups I have mentioned above.  Regarding priorities, don’t spend more than you have.  Don’t mortgage the future of La Mesa.

What are your thoughts on the current pension and labor agreements?

I am not privy to any the current agreements.  Any prior agreements with the city have to be honored.

Do you have any specific thoughts on meeting needs of seniors and youths in La Mesa?

There are large numbers of Churches and Service organizations in the city that can provide benefits to each of these groups.  I think the city can help correlate the skills and resources of these organizations that could allow greater assistance and involvement.   The Boys Club, and the La Mesa Adult Enrichment  Center are wonderful but I worry that there is a large group that don’t take advantage of them.

There has been considerable dissension on the council over travel expenses and attending conferences.  How important is it for council members or the mayor to attend state and national conferences, such as League of California Cities or the U.S. Conference of Mayors,  and for the city to fund this to the degree feasible?

Currently, I do not know what the benefits of these conferences are.  I think the Mayor and city council should work together and all agree on the best use of city funds when it comes to travel benefits to the city in order to justify the costs.

What are the major sources of your campaign contributions and do you have any potential conflicts of interest to disclose?

Your financial records and your statement to La Mesa Today indicate that you funded negative mailers targeting Mary England.  Why didn’t you send the mailers under your own name or your campaign’s name?  Also some of the points on the mailer appear inaccurate, for instance blaming Mary for the rainy day fund problems citing a 2013-14 budget report; Mary was no longer on the council by then; another claims she owned property in La Mesa as a tax dodge; Mary says she didn’t own in La Mesa and has only rented here; the property tax rolls appear to back up her version. Where did you obtain the information sent in these mailers and do you wish to retract any of the statements they made?

I did not have a role in the development of those pieces, so I can’t speak to those issues.

In the La Mesa City Council race, nearly all of the candidates came up with at least one financial matter that may be relevant to voters.  Would you like provide any comment or clarification on any past financial issues? Here is what our researcher found on you:

1) 2008 Default and Sale by Trustee of property https://arcc.sdcounty.ca.gov/pages/GrantorGrantee.aspx?FileNum=20080605467&OldSearch=1

3) Guy McWhirter is the grantor on a number of assignment of rents (Guy, I’m not familiar with this process; what exactly does this mean?)

The grantor for rents were to ensure families with bad credit or work history would be allowed to rent an apartment and I would guarantee they would get paid if the family could not.

Who are your key endorsements?

Republican Party of San Diego, the Lincoln Club, Kristine Alessio, Ernie Ewin, The American Legion and many of the Village Businesses.

If elected, what is the first thing you’d like to do for La Mesa?

Make the City Council Meetings more effective by following up on questions and concerns voiced at the prior Council Meeting by residents of the City.  Meet with organizations within the city and see what options we can come up with to help the city.  Encourage more residents to volunteer and give full support to Neighborhood watch.

Are there any other issues you believe are important to the city that you’d like to discuss?

Some residents claim the city only caters to the Village and business.  Many businesses claim it is just the opposite.  Residents and Businesses have a symbiotic relationship with each other.  That relationship should be fostered and nurtured for the wellbeing of everyone involved.