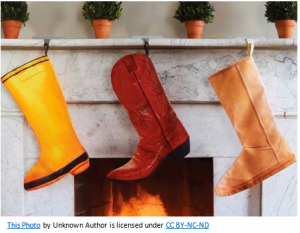 ‘Twas the night before Christmas and all across East County

Not a creature was stirring, from Borrego to El Monte.

Cowboy boots were hung by chimneys with care

In hopes that St. Nicholas soon would be there.

Have taken time from gift wraps and home-cooked dishes 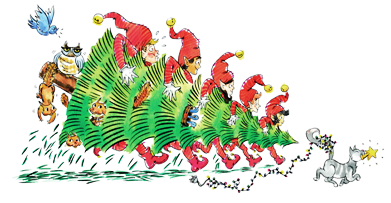 To make a new lane for Highway 52.

To fill up their budget gap--with extra to stash.

And Cajon Valley’s school board to please stop its fighting.

For ambulances and engine trucks heading to fires,

Along with more parking for tourists who go

To frolic and play in the new fallen snow.

Duncan Hunter is dreaming of a pardon,

From President Trump in the White House rose garden.

Ammar, Darrel, Brian, and Carl want to be

The next Congressman back in Washington D.C.

Residents wants them all shut down.

In La Mesa, where weed sales are legal next year,

The City Council hopes revenues will bring in good cheer.

For Cotttonwood Sand Mine to just go away.

El Cajon hopes its hotel and theater will succeed,

And also asks help for people in need.

While most folks are snuggled all warm in their beds,

On sidewalks and in riverbeds, in their stocking caps

They tried settling down for cold winter's naps.


When up in the sky there arose such a clatter,

They sprang from their sleeping bags to see what was the matter.

Away to the tent flaps they flew like a flash,

Tore open the front flaps and out they did dash.

The moon on the breast of the sidewalks below

Gave the lustre of mid-day to objects aglow,

Beside the wild parrots, his reindeer they came,

On Comet! on Cupid! On Donder and Blitzen!

To the top of the hill!  Then the new border wall!

So in through the treetops the coursers they flew,

With the sleigh full of gifts, and St. Nicholas too. 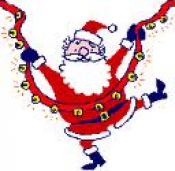 And then, in a twinkling, they heard a dog woof,

At the prancing and pawing of each little hoof.

As they drew in their heads, and were turning around,

Down St. Nicholas came to their camp with a bound.

He was dressed in faux fur, from his head to his foot,

And his clothes were all tarnished with pine tar and soot;

A bundle of gifts he had flung on his back,

And he looked like a homeless man opening his pack.

So all laughed when they saw him, in spite of themselves;

A wink of his eye and a nod of his head,

He spoke not a word, but turned with a jerk, 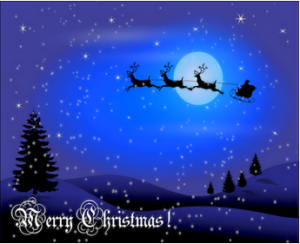 Then laying his finger aside of his nose,

And giving a nod, to the heavens he rose;