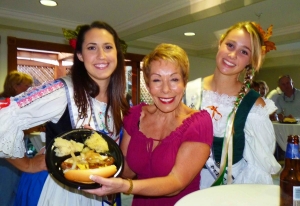 German music plus rock 'n' roll,  an expanded array of foods, games, contests, 400 vendors, and a "big beer garden" are all part of the fun at the annual fall celebration. 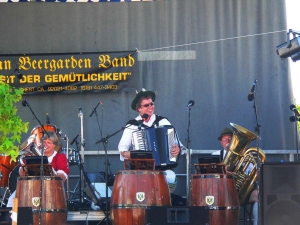 “We want people to come down to our family-friendly beer garden,” said England, adding that food lovers will find more than bratwurst and other traditional German fare this year. “We’ve added tri-tip, hamburgers and pork sliders,” she said. The beer garden will also feature shaved ice, smoothies, cookies and other goodies as well as games for children.

“We’ve also been approved by the city to increase the number of people in our beer garden, so we’re thrilled,” England added. 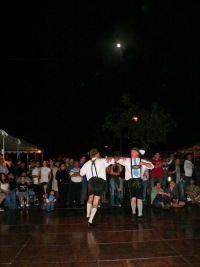 But that’s not all that’s new. Windemere Real Estate is sponsoring a horseshoe-shaped food court at the corner of 4th Avenue and La Mesa Blvd., where 13 vendors will be serving up dishes for a hungry Oktoberfest crowd.

The stage and contests will be handled by Jack Leary - Jump ‘n Jack Flash, a mobile music entertainment and production company.

“This annual event brings over 200,000 people to La Mesa,” said England, who thanked sponsors for helping the Chamber, now in its fourth year as presenter of the event, create a successful community celebration.