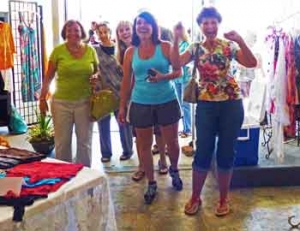 July 8, 2012 (El Cajon) – “It’s a great way to give a local business a shot in the arm,” said Susan Barron, who organized a “cash mob” yesterday to aid her friend, Peggy Harris, owner of the Glamour Girlz Boutique at 124 East Main Street.  “July has been a really tough month for her and this was a winner.”

The event was a "cashing" success—with more than 60 shoppers marching into the shop on Main Street to collectively spend over $2,000. 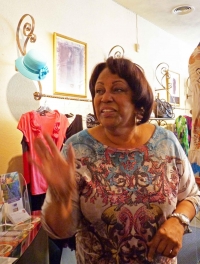 Owner Peggy Harris was overcome with emotion, brushing away tears of joy as the horde of shoppers burst through the front doors and swiftly began trying on the trendy, stylish and often glitzy garb that gives Glamour Girlz its name.

A former fashion buyer, her shop has previously been profiled by ECM.

By early afternoon, a long line of customers, some clutching armfuls of items to purchase, extended the full length of the store.

Barron got the idea online. The website  http://www.cashmob.com/ helps people organize a cash mob event in their area.

“Every dollar spent locally has a 15 percent more positive impact on a local economy than the same amount spent in big-box retailers,”  states the website, which utilizes social media to spread the word to consumers when a cash mob event is planned. 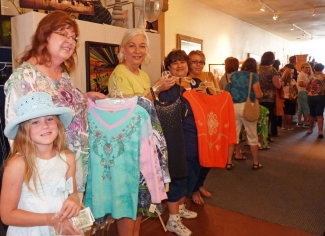 Participants are encouraged to spend a set amount, in yesterday’s case, $20.  But many spent far more.  Some also purchased artwork at the Main Street 5 Gallery, then met up afterwards at the El Cajon Brewery for lunch, hand-crafted local beers, and a chance to win a prize.  (ECM editor Miriam Raftery joined in the shopping spree and was the lucky winner; she will donate the Brewery certificate as a prize for our nonprofit media outlet’s next event.)

Barron was so pleased with the outcome at Harris’ shopt that she hopes to organize future events to benefit other struggling local merchants.

She concluded, “The best news is she has a group of new fans to her store, who didn’t know she existed.” 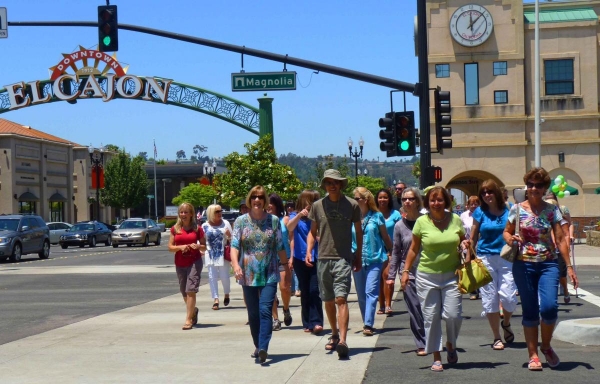