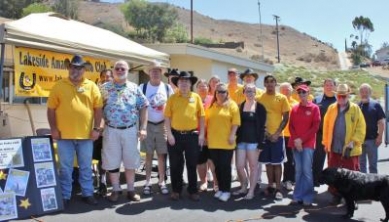 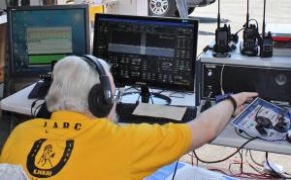 The American Radio Relay League (ARRL ) is a 150,000 + member organization partaking in an annual US, Canada, and Hawaii event. More than 35,000 radio amateurs gather with their clubs, groups or simply with friends to operate from remote locations . ARRL says of the occasion,  “ Field Day is a picnic, a campout, practice for emergencies, an informal contest and, most of all, FUN!”

What is Amateur Radio?  Often called ”ham radio,” the Amateur Radio Service has been around for a century. In that time it has grown into a worldwide community of licensed radio operators using the airwaves with every conceivable means of communications technology. It’s people range in age from youngsters to grandparents. Even rocket scientists and a rock star or two are in the ham ranks. 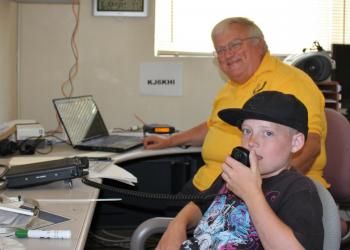 Most, however, are just normal folks like you and me who enjoy learning and being able to transmit voice, data and pictures through the air to unusual places, both near and far, without depending on commercial systems.

The Lakeside Amateur Radio Club or LARC, although being in existence for less than three years, has participated in many of the local events throughout the East County of San Diego, including parades, communications for endurance runs, and helping to get the word out that Amateur Radio is still a vital part of Amateur Radio Communications. 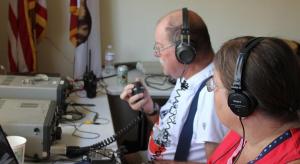 When electricity is not available, hams take advantage of generators, batteries or solar power. Hams can operate emergency stations in parks, shopping malls or backyards. The Slogan, “Ham radios work when other systems don’t”, is more than just words to the hams. Radios provide a way to send messages in many forms without the use of cell phones, Internet or any other infrastructure that can be compromised in a crisis.

For these two days, more than 30,000 Amateur Radio Operators across the country are participating in this annual event held every year on the fourth weekend of June.

To learn more about this event and amateur radio, contact   http://www.lakesidearc.org/.