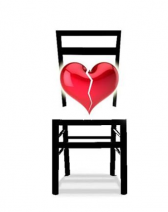 November 25, 2015 (San Diego)--Each holiday season, A New PATH (Parents for Addiction Treatment & Healing) and moms from around the country share their stories of loss while calling for an end to the war on drugs – which they believe has been disastrous for tens of millions of families. Many of the moms leading this campaign have been personally impacted by the war on drugs.

The holidays are a particularly painful time for families – whether they are separated because of a loved one’s incarceration, lost on the streets due to drug problems, in danger because of drug war violence, or have lost a loved one to accidental overdose.

“I have painful memories of holidays when my son was absent because he was locked behind bars for drug use, and of family celebrations when one of my sons wasn’t included because he was lost in the maze of his addiction.”          Gretchen Burns Bergman

“I wait for those with substance use disorders to be served by our health care system rather than languishing in prison. Until that wait is over, there will always be an extra place setting at my holiday table for those who are locked up, thrown away or left out.”   Kathie Kane-Willis

“I recall driving 4 hours to visit my son in prison for a past Thanksgiving. He was serving time for drug possession and celled with a murderer. The processing time took so long that we never got that visit. He waited in his sally-port on the other side, while we waited at our assigned table for that precious few minutes with my son. That seat remained empty.”     Julia Negron

Each holiday season Moms United gathers photos featuring a chair with a picture of a lost or missing loved one, and a sign with one of these statements: incarceration, accidental overdose, drug war violence, or stigma. These photos will become a part of a growing collection of personal stories of loss. Moms United has also created a moving and poignant video featuring these haunting pictures.

Moms United is asking mothers and others to take action during this holiday season in two ways:

The Moms United campaign mission is to “end the violence, mass incarceration and overdose deaths that are a result of current punitive and discriminatory drug policies. We are building a movement to stop the stigmatization and criminalization of people who use drugs or who are addicted to drugs.  The group is calling for health-oriented strategies and widespread drug policy reform in order to “stop the irresponsible waste of dollars and resources, and the devastating loss of lives and liberty.”

Moms United to End the War on Drugs is a project of San Diego-based A New PATH (Parents for Addiction Treatment and Healing), a 16-year old nonprofit organization that works to reduce the stigma associated with addictive illness through education and compassionate support, and to advocate for therapeutic rather than punitive drug policies.