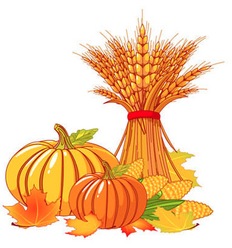 August 14, 2015 (La Mesa) --  The La Mesa Chamber of Commerce is pleased to announce, “FallFest” as the name of their new event being heldOctober 16th and October 17th at 5500 Grossmont Center Drive in Grossmont Center.

The Chamber partnership on this new event with the well-respected Cushman family and the management team of Grossmont Center incorporates a strong marketing collaboration that will spotlight Grossmont Center as a destination for unique entertainment activities. This new entertainment experience will be produced in the Macy’s parking lot next door to Hooleys Irish Pub.

"The Chamber is thrilled to bring a new entertainment venue to Grossmont Center and support the community of La Mesa.  Our hundreds of community volunteers are excited to work in this new location, with lots of free parking in this beautiful open space, where we can do what we do best - serve the people that enter and allow them to enjoy live entertainment in our fun-filled environment," said Chamber CEO, Mary England.

“FallFest” will be held during the month of October this year, but as the new name implies, will not need to be limited to a specific month in the future. “FallFest” allows for greater flexibility in the coordination and marketing of future entertainment events and conflicts with other activities/events planned locally and throughout the region.

Brent’s music is being streamed throughout the U.S. and the world through online media and radio stations and is topping charts internationally. Brent’s performances are electrifying, high energy and always include crowd interaction. Don’t miss this opportunity to see Brent Payne and his band performing on our stage, Saturday, October 17th in Grossmont Center. Visit the Chamber’s website for more information.